This is third investment round for this project and all the raised funds will be added to the funds raised in first two Crowdestor rounds in 2019 and used for total User Acquisition funds pool for global game launch in June/July 2020 with total campaign budget up to 10M EUR.

After first two fundraising rounds on CROWDESTOR - Beetroot Lab have completed tech-launch and retention-launch phases and is approaching global launch phase at a fast pace.

Latest title “Dystopia: Rebel Empires” development has been completed with 3M EUR investment by Beetroot Lab which is now seeking for additional financing for global launch campaigns with famous AAA star as a face of the game. Game is currently in soft-launch phase and publicly available in 11 countries or manually available for CROWDESTOR investors exclusively world-wide. 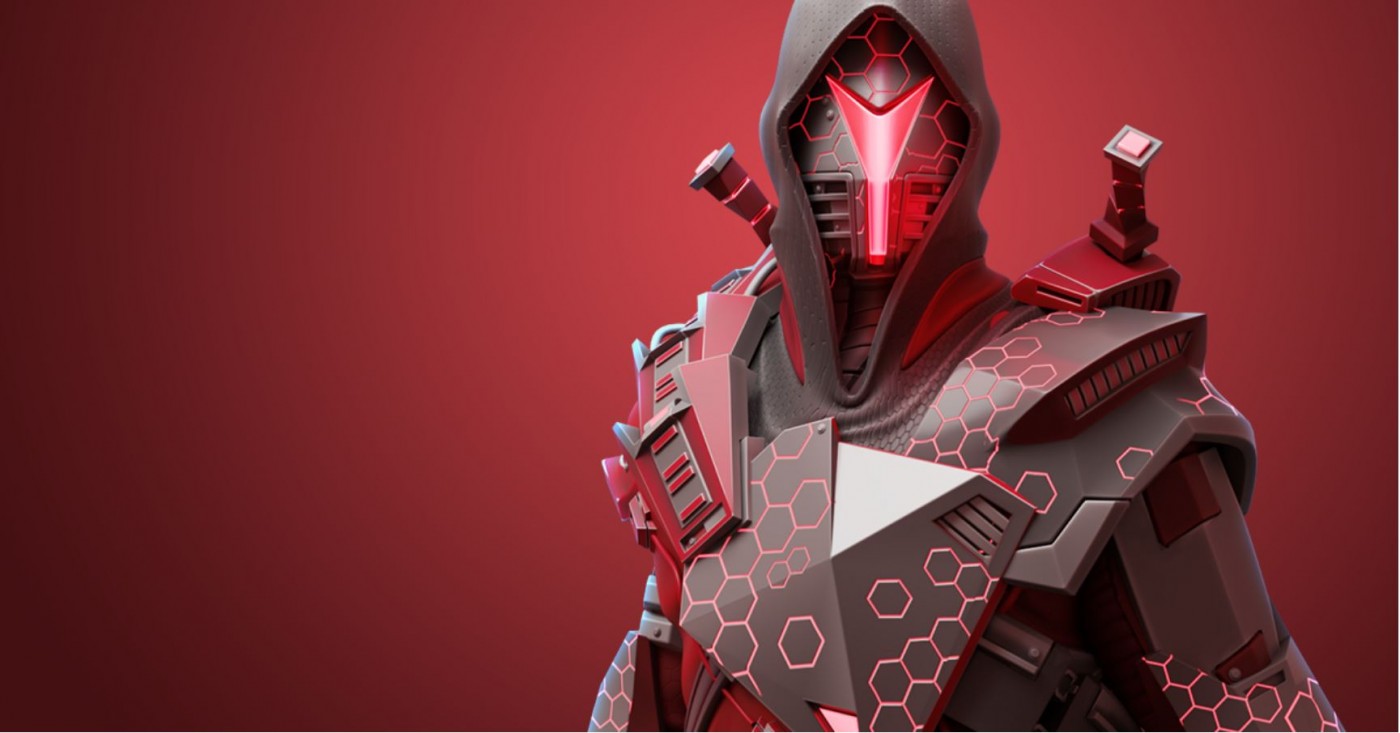 The game has an agreement with AAA star who will become the face of the game and brand ambassador. Name of the star is currently strictly confidential but it will be announced shortly before Global Launch. Only hints what we can share are that it’s one of the most engaged celebrity on social media with close to 40 million followers. In the graphic below you can see the game launch roadmap divided in 3 key phases and see the milestones for each of the phase:

In the graphic below you can see that majority of UA/Marketing budget will be spent on the global launch which takes only 30-45 days which is relatively short period if compared to other phases. Launch phase has to be aggressive because of 3 reasons - this way ad exchange auction delivers better price per one user (lower CPI), it helps hitting charts in app stores more quickly and helps to use momentum effect when showing our AAA star to broad audience. 2-10 Million EUR User Acquisition campaign budget will be funded by Beetroot Lab funds and CROWDESTOR funds combined. When reaching certain monetization metrics - extra UA budget will be backed-up by mobile gaming acquisition funding partners like Tilting-Point, Triple Dragon, Superscale, Plarium or other. Such mobile gaming financing partners offer to fund user acquisiton budget up to 100 Million EUR.

After the aggressive global launch comes the sustain phase where marketing spend is decreasing, users which we bough during launch - start to convert and and generate revenue. At this point we have built “lookalike” audiences of paying users and we can scale down campaign volume and focus on buying paying users. 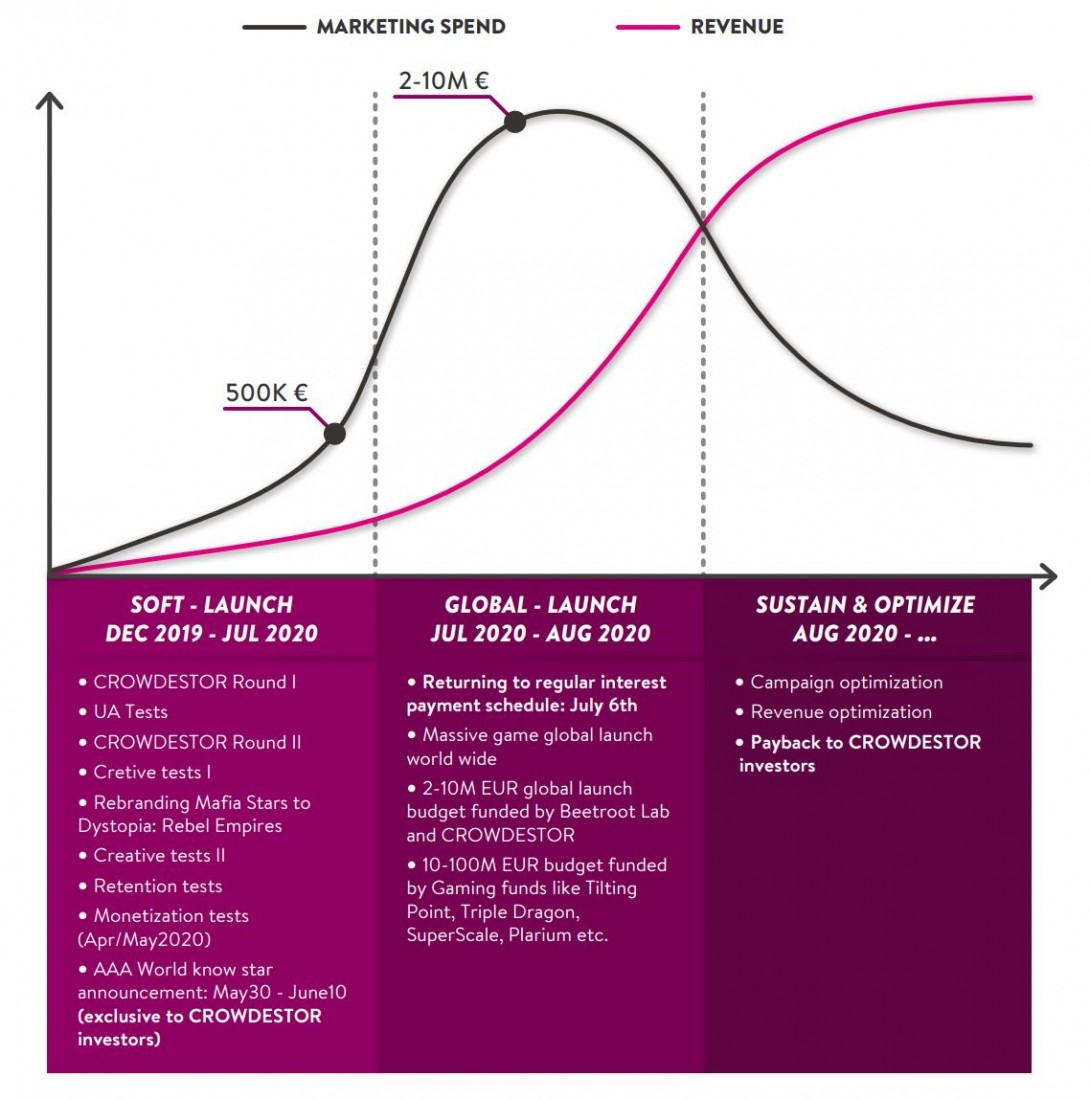 Over the past several years, gaming has transitioned from a niche hobby to a global phenomenon - thanks to the accessibility of games on mobile devices. With over 2 billion gamers in the world today when everyone has access to mobile phones and 2.4 billion gamers expected in 2020 - mobile games have become a mainstream entertainment of today's society. Mobile gaming was the fastest-growing gaming sector in 2018 reaching higher revenue than Console or PC games. Predictions by App Annie market researchers say mobile gaming is on track to surpass $100 billion across all mobile app stores in 2020. Globally, all apps (including non-gaming apps) reached 194 billion worldwide downloads in 2018 and gaming was responsible for more than 70% of it. According to Newzoo research, the global games market was predicted to be worth $148.1 billion in 2019. The largest sector of this was mobile gaming which was estimated to be worth $72.0 billion, 48.1% of the global games market. Newzoo continued their gaming revenue predictions through to 2021 expecting total gaming to be worth $174.0 billion, from which mobile gaming will be $91.2 billion. Additionally, lower latency and higher speeds due to 4G and soon-to-be 5G will make it easier to download, play, and stream games wherever gamers may be. This will likely result in mobile gamers playing more often and for longer, as there won’t be issues with their mobile network. 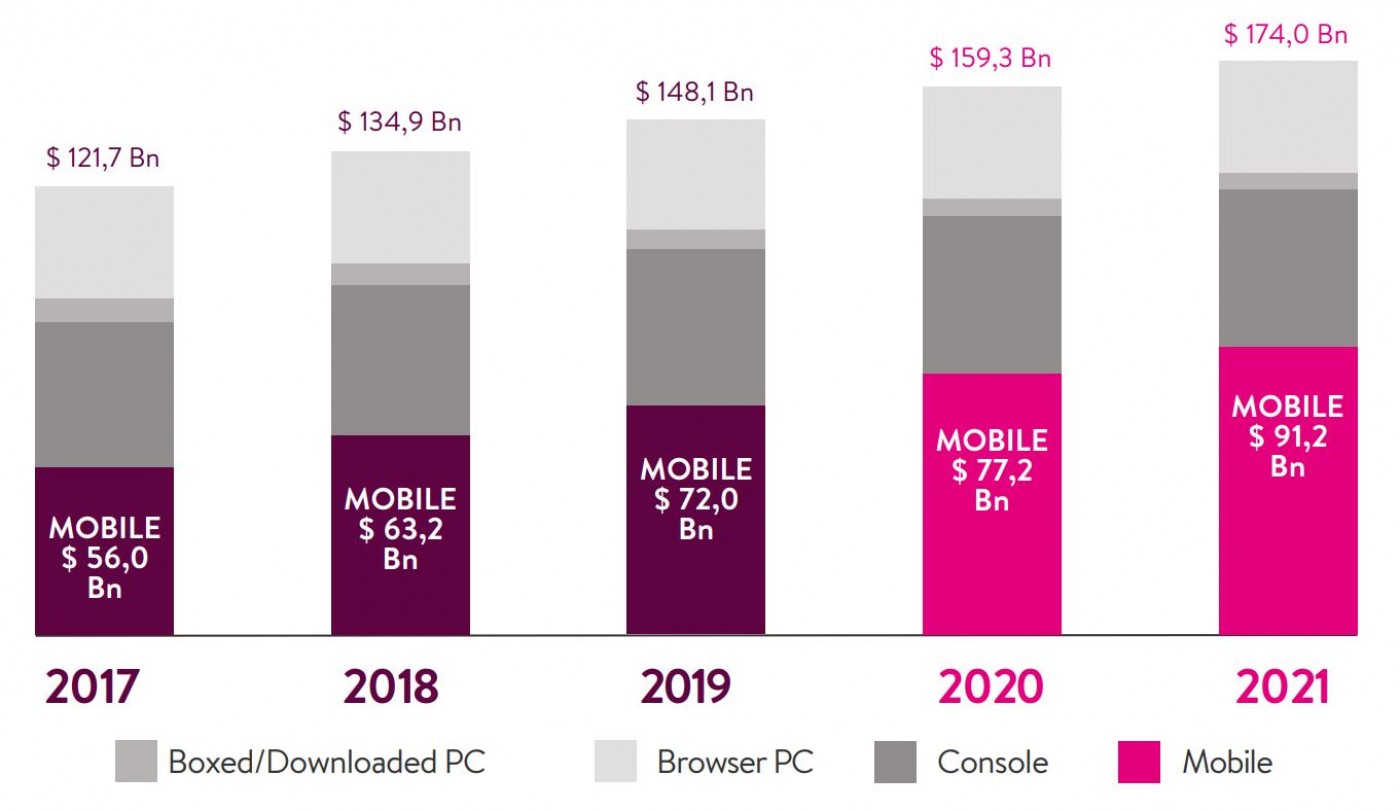 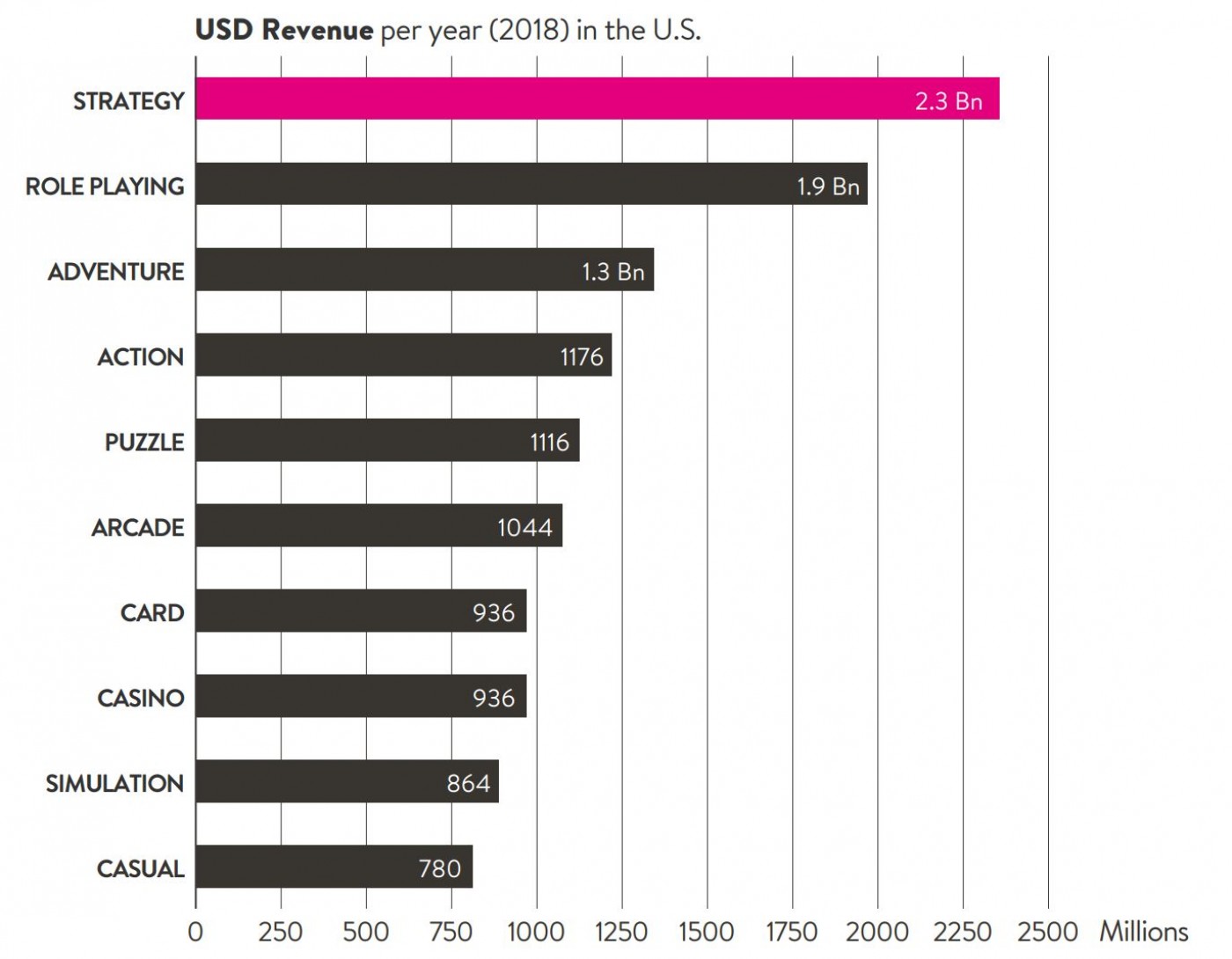 Machine Zone’s massively multiplayer online strategy title Mobile Strike has brought in over $1 billion in revenue.
The war-themed mobile strategy game has made more than $1.3 billion across the App Store and Google Play since launch in 2015. Game allows player to become an action hero of modern war where player has to build a base, control the action, and test your elite troops against ene- mies on the battlefield!
Revenue $1 .38bn

Clash of Clans is a mobile strategy game developed and published by Finnish game developer Supercell.
Player is a chief of a village in a fantasy-themed persistent world where Clash where players have to build their own town using the resources gained from attacking other players. Released in 2012 by Finish game development studio Supercell - Sensor Tower ranks Clash of Clans' total revenue at $6.4 billion globally since its launch.
In 2016 Tencent acquired 84.3% of Supercell for $8.6 billion . Japan's SoftBank valued Supercell at $10.2 billion
Revenue: $6 .4bn

This MMO strategy title has made over $2.8 billion in revenue since its 2013 launch, according to market intelligence company Sensor Tower. Developed and published by MZ, the freemium app lets millions of players around the world build empires through research, crafting, and combat. They can then form alliances with other empires.
Game has grossed nearly $1.6 billion on iOS and $1.2 billion on Google Play, according to Sensor Tower.
Revenue: $2 .8bn 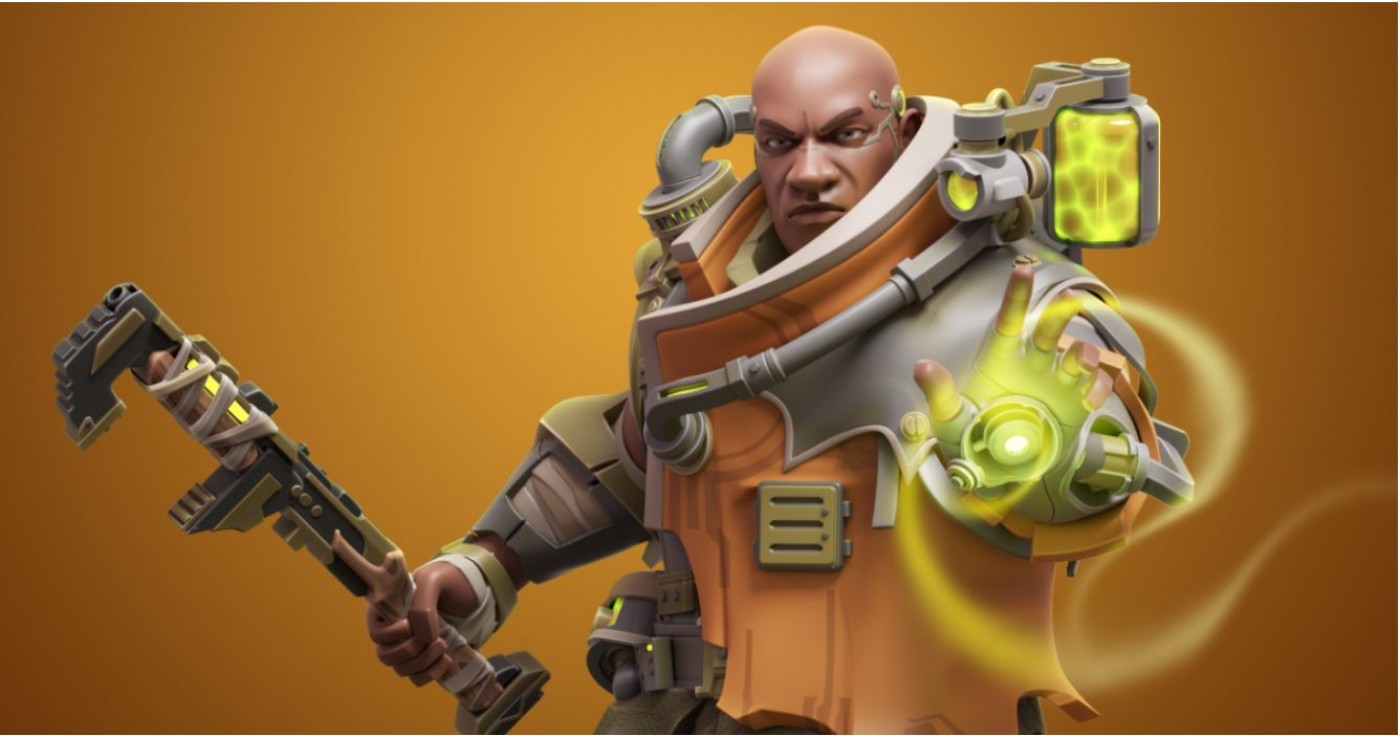 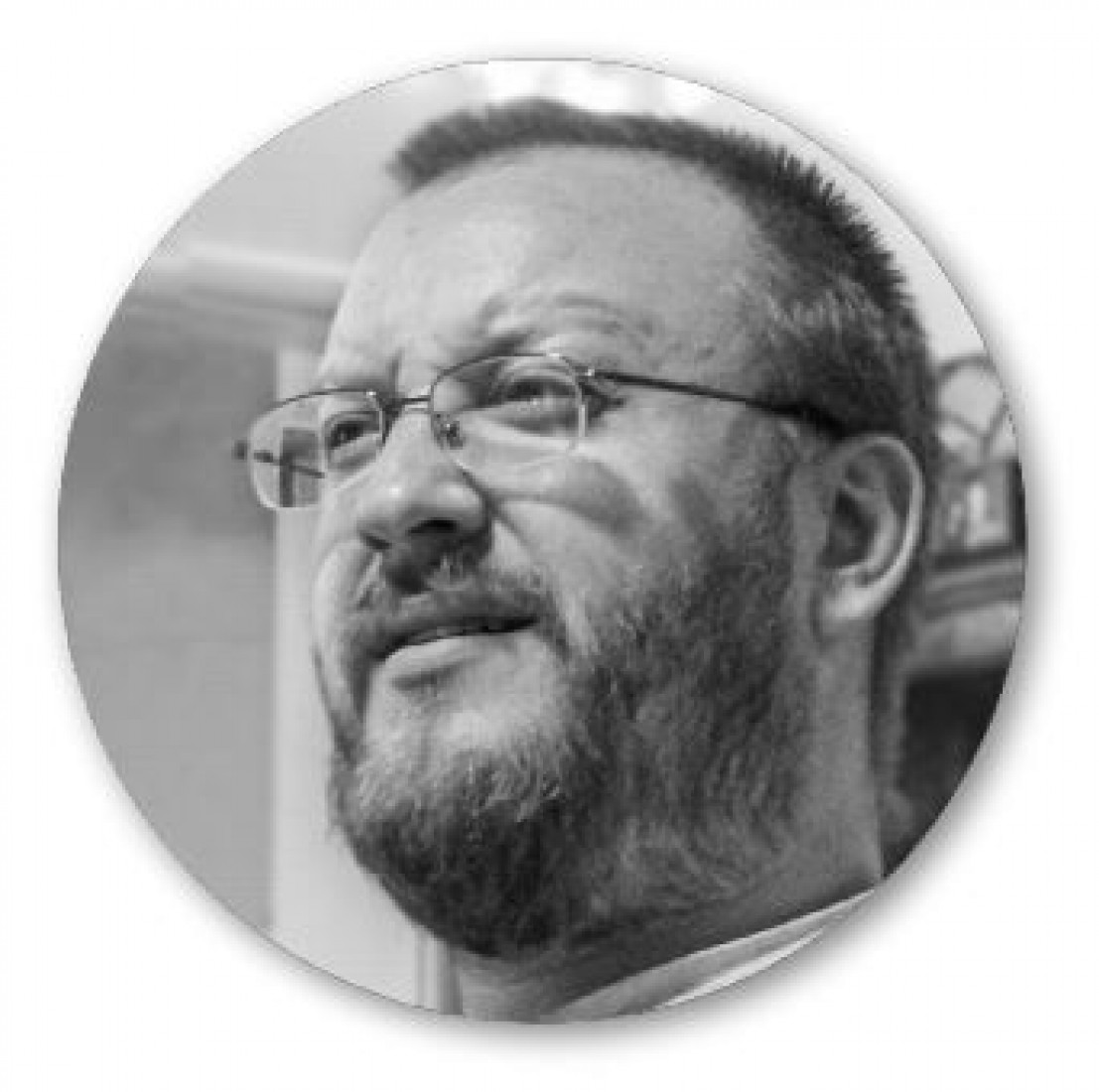 Geoffrey is an experienced producer and game designer, passionate about creating great games. His experience includes data-driven game design, analysis, game economy and monetisation which he have presented on several high-grossing games, including Kingdoms of Camelot and Game of War: Fire age which generated 2.4 Bn USD in revenue. While working on MZ’s Game of War: Fire age as Lead Designer, Geoffrey was responsible of leading the game design from systems design and stylistic choices to monetisation strategy. Additionaly Geoffrey has experience working in game development studios Kabam and Scopely where he have worked on titles like Star Trek: Fleet command, Kingdoms of Camelot and many others where main responsibilities were lead game design, game economics and player experience. 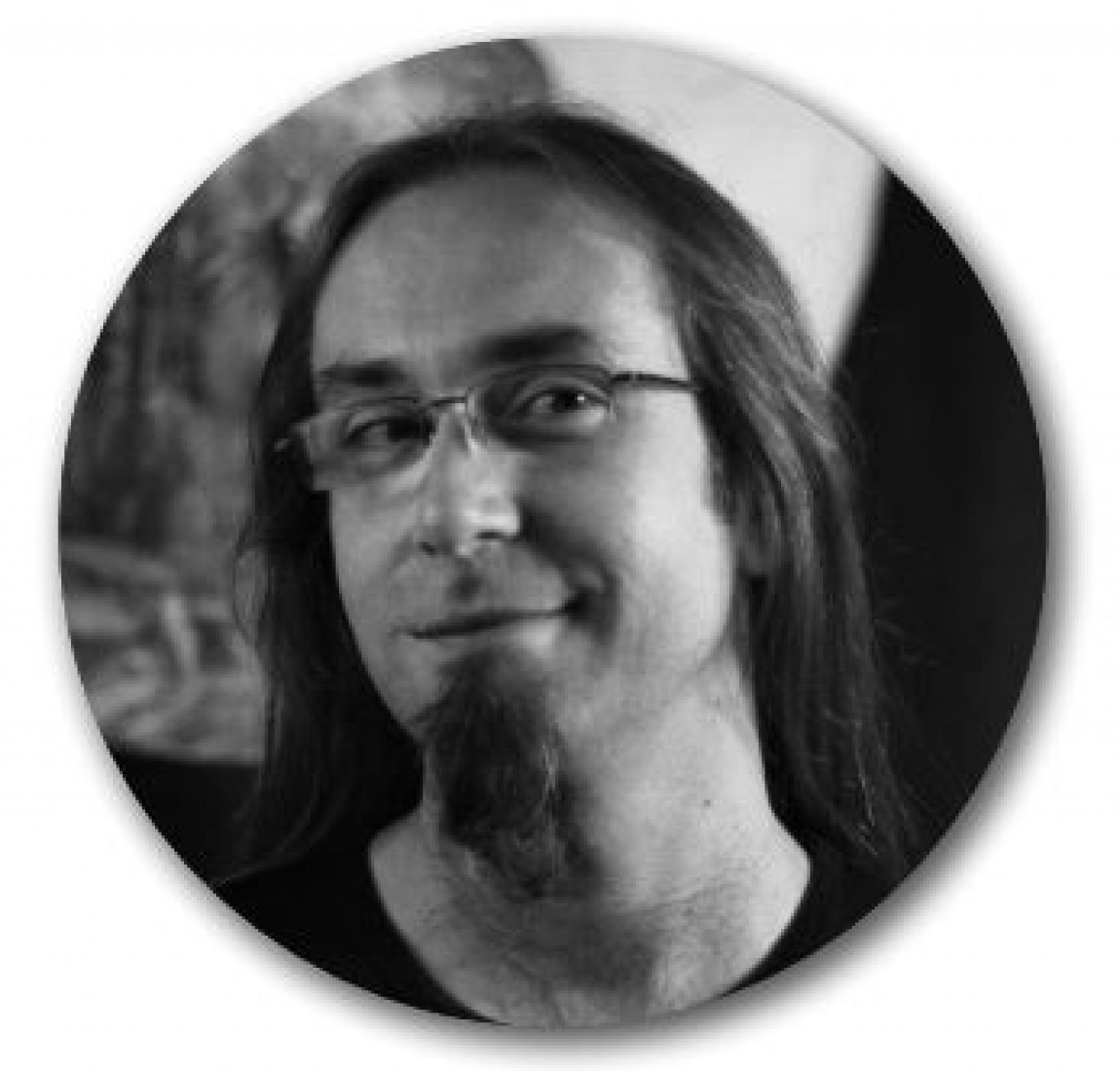 Marcin is unique mixed skill AAA+ concept artist with more than 8 year experience working in movie and gaming industries. Marcin have worked for such brands as Netflix, Disney, Blur, Bungie, Nintendo, Sega and many other well know brands. Latest achievement is working on Netflix tv-series "Love Death + Robots" as lead Concept Artist of two episodes. Some of the Marcin’s works are awarded by CGsociety, Artstation, Wacom, CG+ prizes. 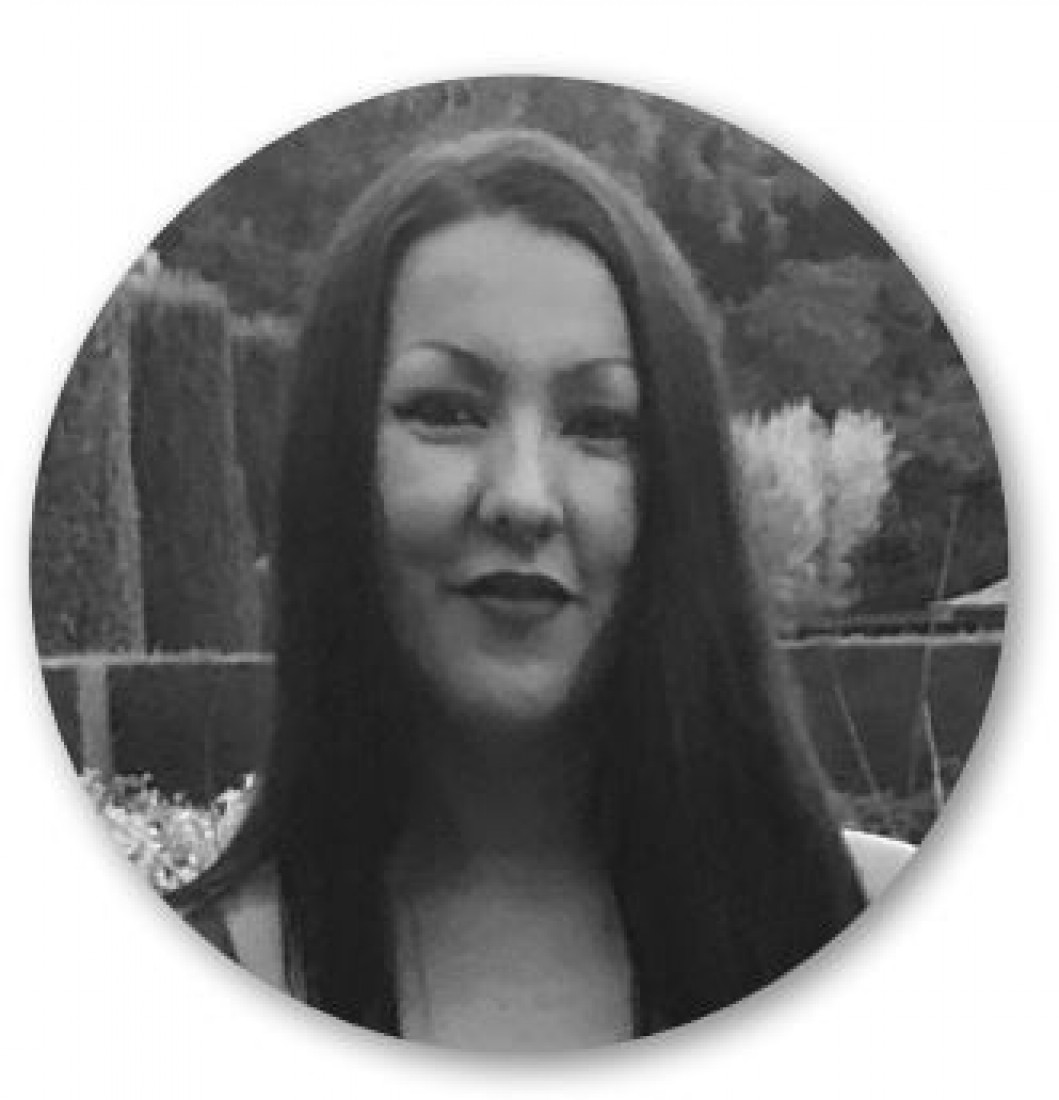 Heather is experienced and performance driven product marketer with 10+ year experience in the mobile game and app marketing. During 6 years of leading the Product Marketing teamat MZ (Machine Zone) - a global leader in the mobile gaming space - Heather was responsible for launching some of the world’s most successful games such as Game of War, Mobile Strike, Final Fantasy XV: A New Empire, and most recently Crystalborne: Heroes of Fate. Heather is the key link between User Acquisition, Marketing and development teams ensuring the UA data transparency between teams so every marketing activity delivered best possible result. Deep diving into marketing and creative data, delivering data driven iteration and running A/B tests with rapid execution is the key of successful UA campaign. 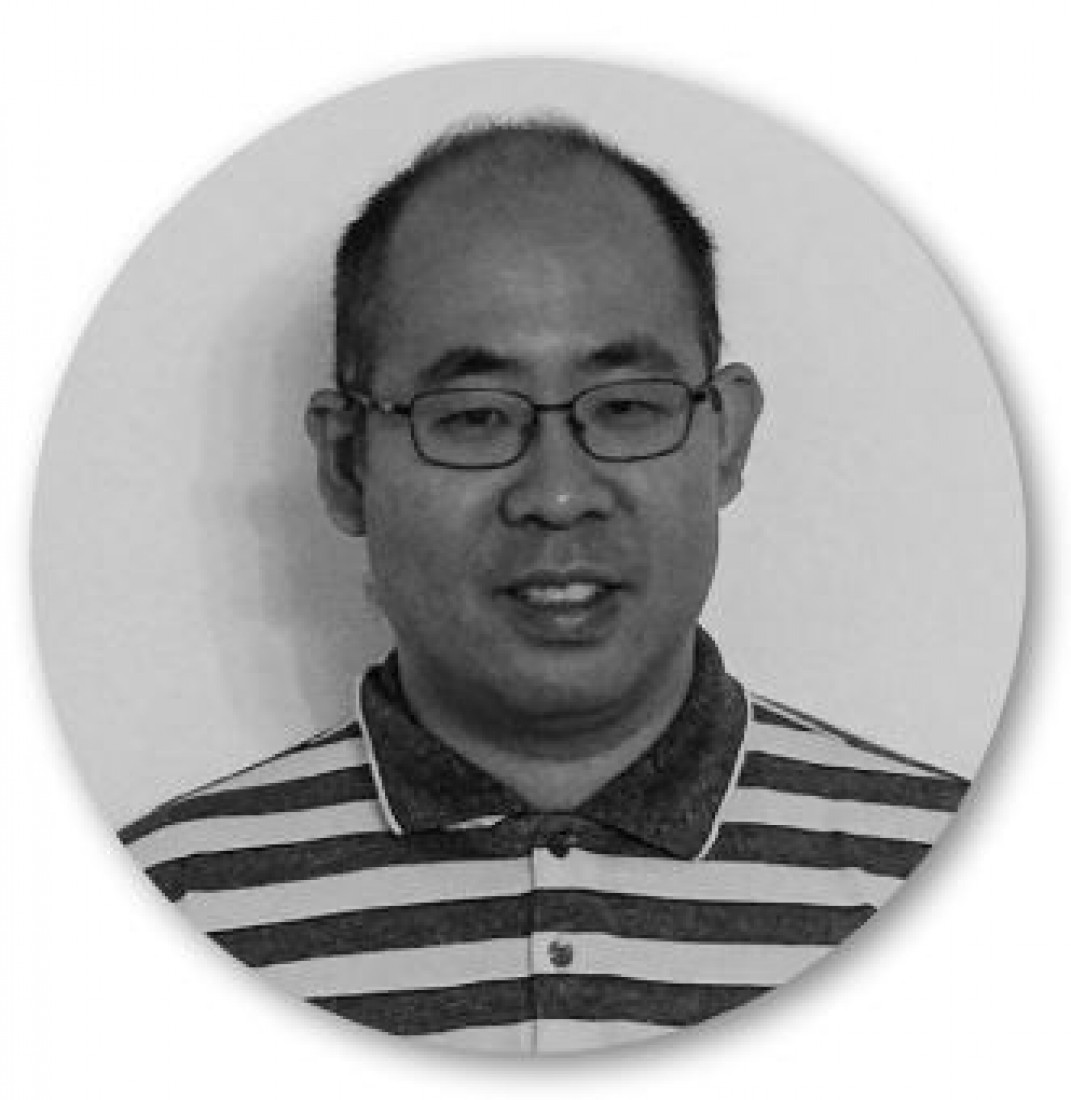 Darrel is an experienced and detail-oriented system designer and monetization specialist. He is a great mix of skilled mathematician combined with a passionate gamer which leads to the best gaming experience delivered straight to our users. Same as Geoffrey - Darrel has worked on Game of War: Fire age by Machine Zone following with monetisation lead role on Warner Bros. entertainment projects. 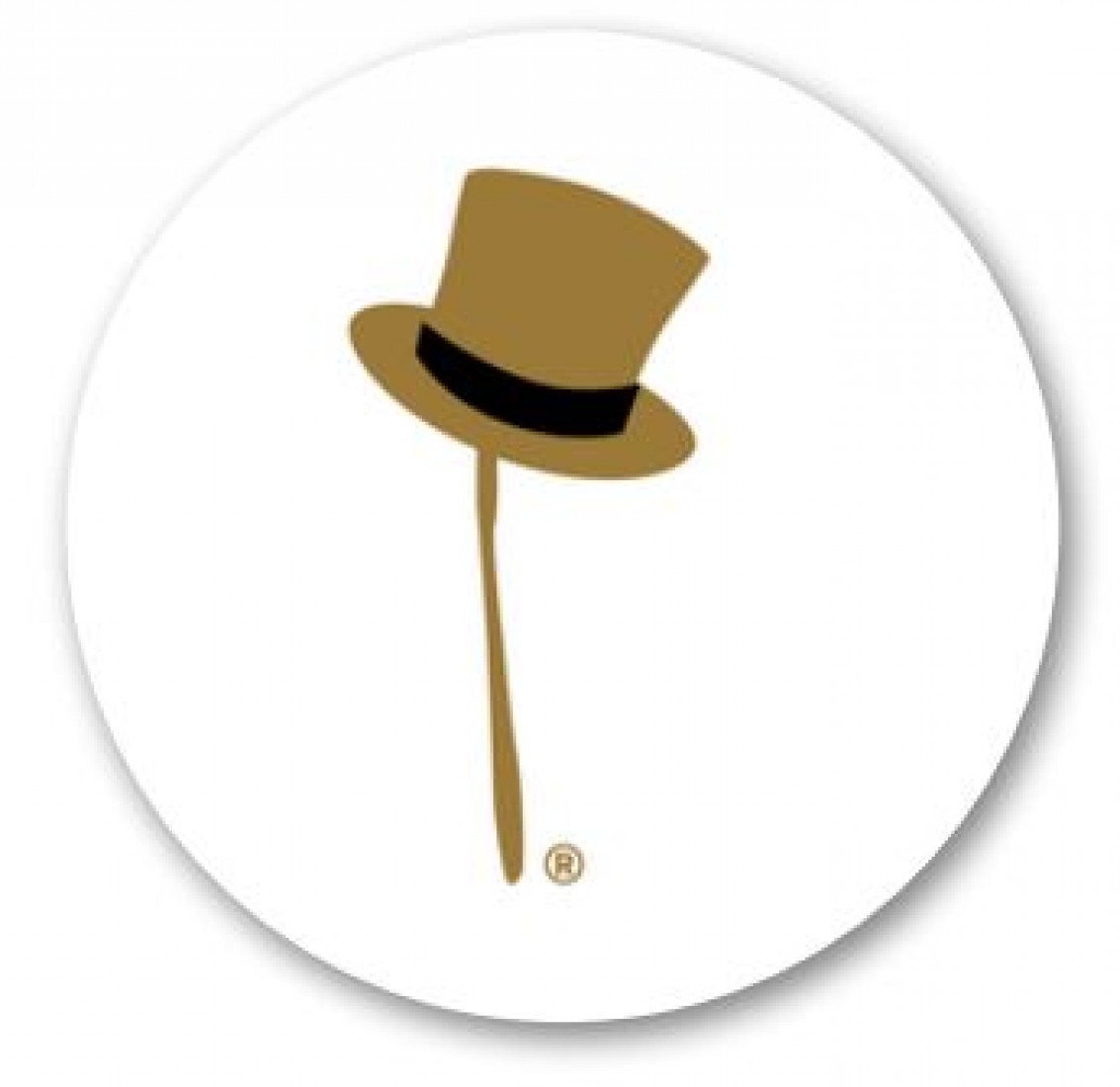 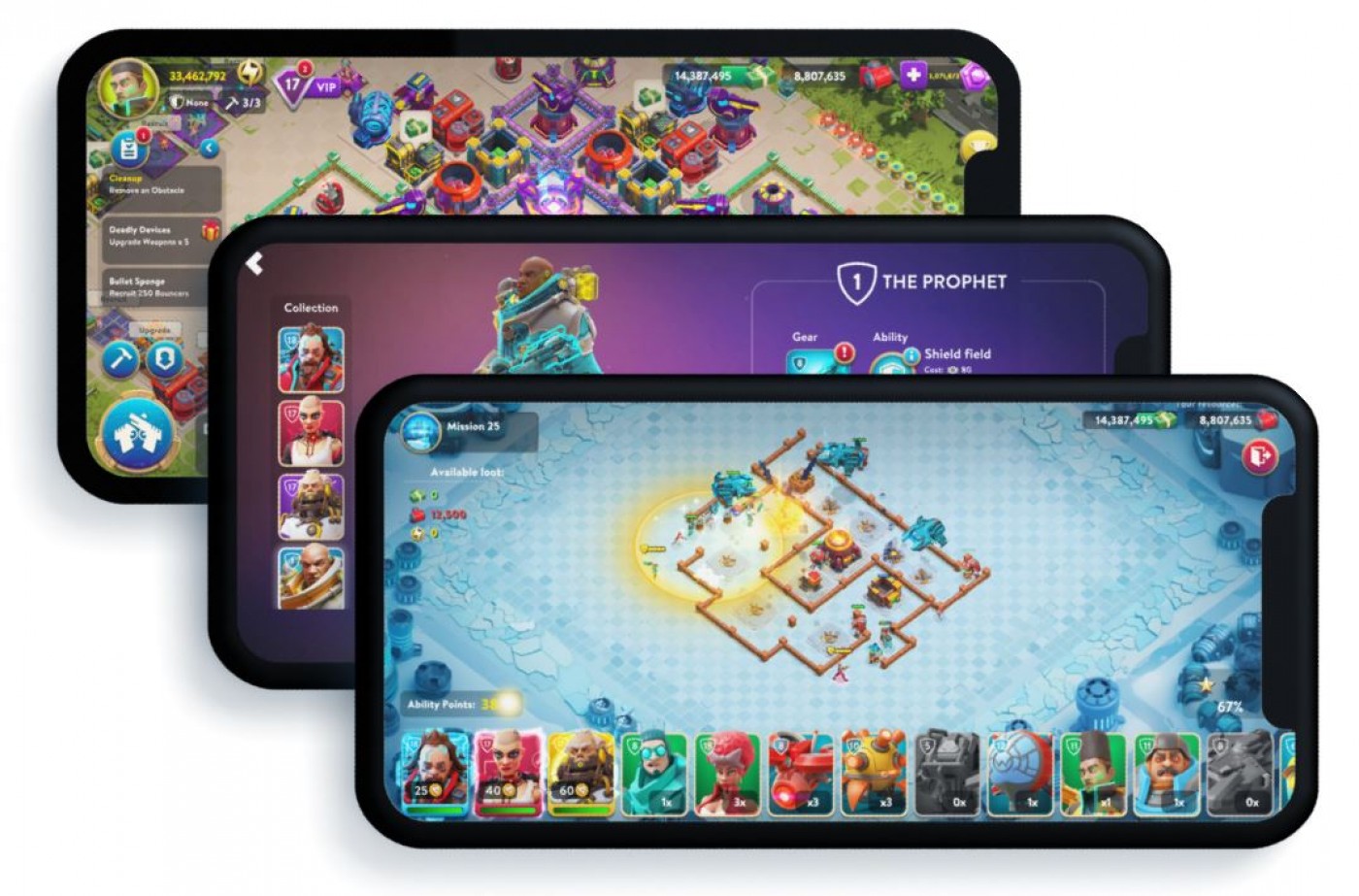 In Dystopia: Rebel Empires, you start the game as a rebel who finds a location for his base in a post-apocalyptic future world where big corporations are controlling the society. You have to build an empire by taking over New York while collecting sci-fi themed gear, raid other players and upgrade base. Form and develop alliances with over 100 other real players. Lead them into economic growth, support them in raids or wage war against other alliances. The choice is yours. 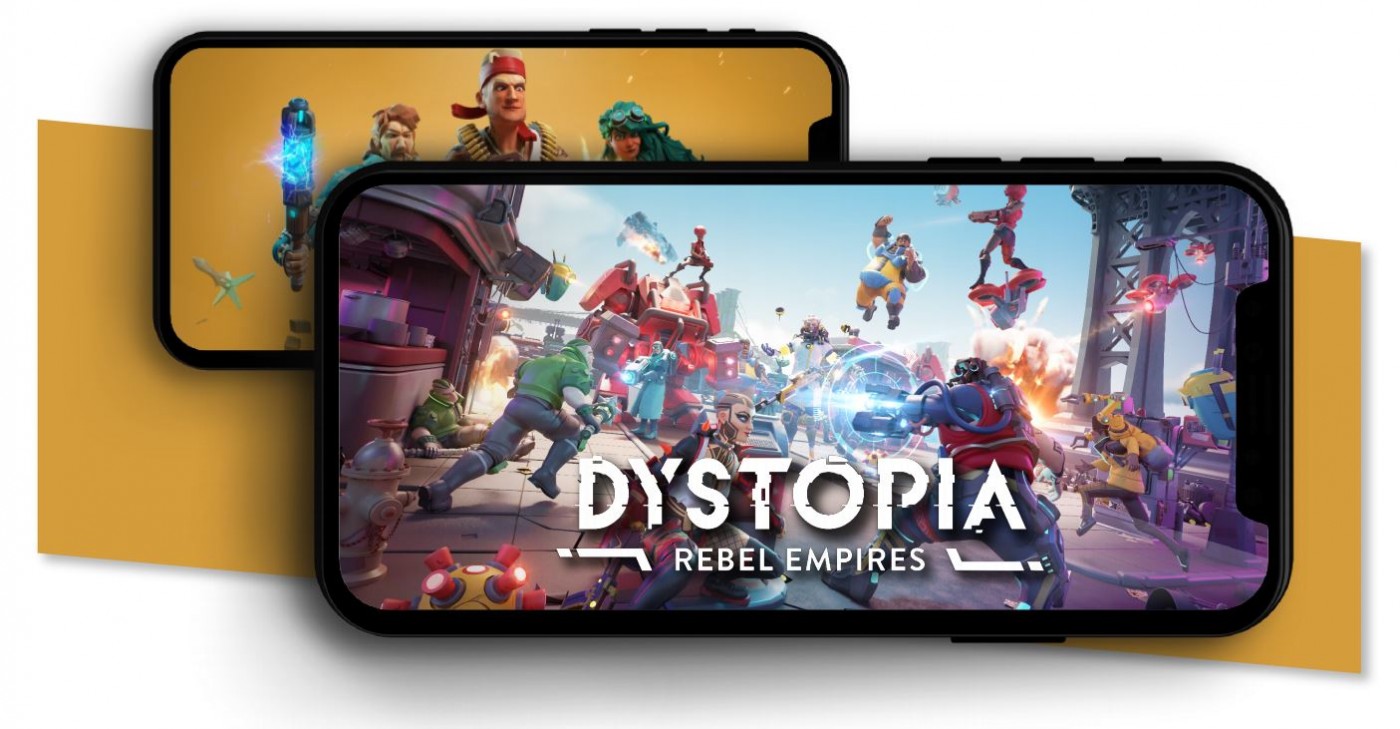 During development process of our strategy game - our games’ story and graphics have been upgraded and now features a lot of Sci-Fi elements which can’t be related to classical “mafia” anymore. Sci-Fi always has been among the highest grossing genres in both movie and video game industries. So in order not to miss-lead out potential customers who would expect classic mafia theme - we had to rebrand the game. On latest name change word “modern” was changed to “rebel” which reflects the game plot better where each player starts the game as a rebel in post-apocalyptic future world where you have to build an empire from a scratch and slowly take over New York. Dystopia: Rebel Empires is a story about future organised crime and building empire together with your friends!

Based on the historical data of games being featured by Apple and Google - rarely these are games which name features keyword related to organised crime. Removing keyword “mafia” increase our chance being featured by publishing platforms which increase our revenue which makes investors potential bonus fee rate higher.

To improve organic search quality on both Apple App Store and Google Play stores we did a deep keyword analysis to come up with “Dystopia: Rebel Empires”. Previous keywords in game name were sometimes misleading and made the game appear in search results when not needed. New brand name includes high relevance, low competition keywords which will help us to convert our branding campaigns in organic install increase. 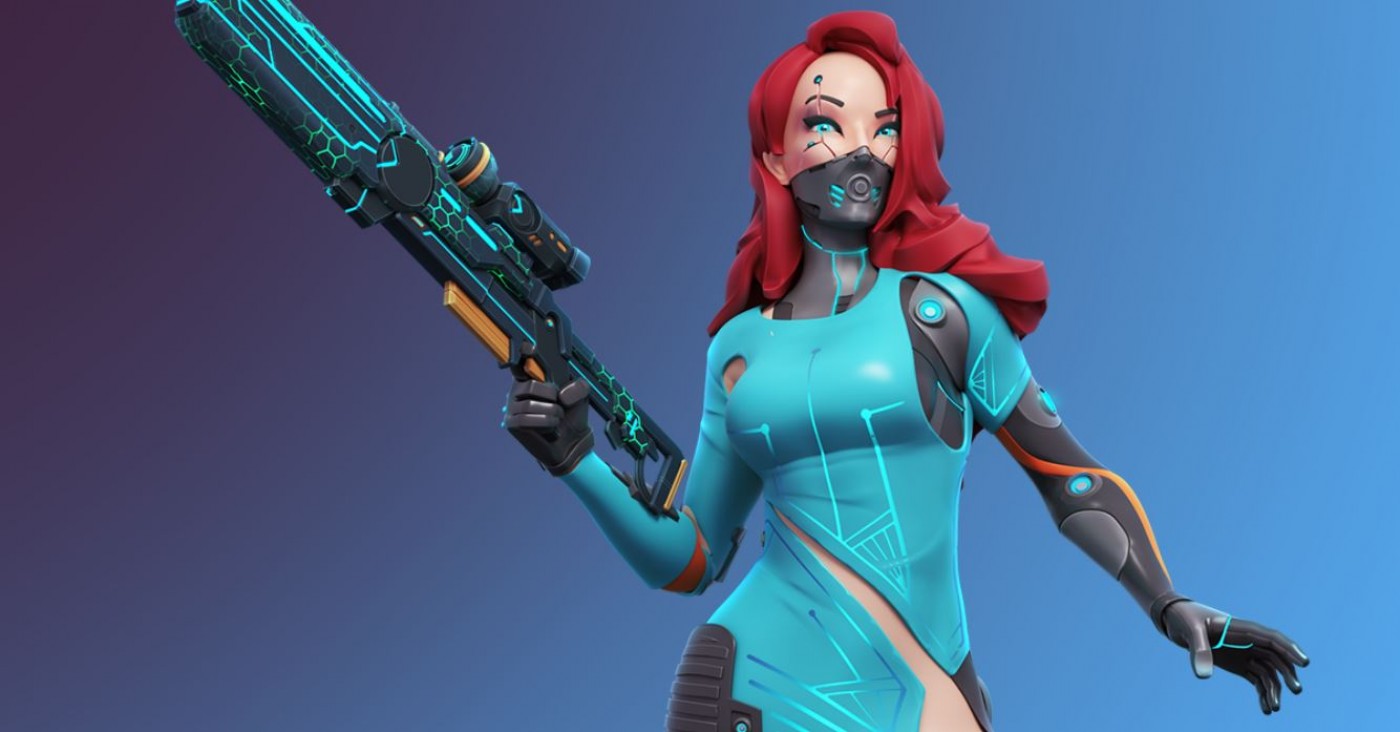 During soft-launch phase “Dystopia: Rebel Empires” user acquisition campaigns in Tier3 and Tier2 markets are being focused on such in-game metrics as Retention and Tutorial completion rate. Currently test campaigns and delivering KPI’s above genre average. In May/June 2020 we will be adding monetization focussed test campaigns. 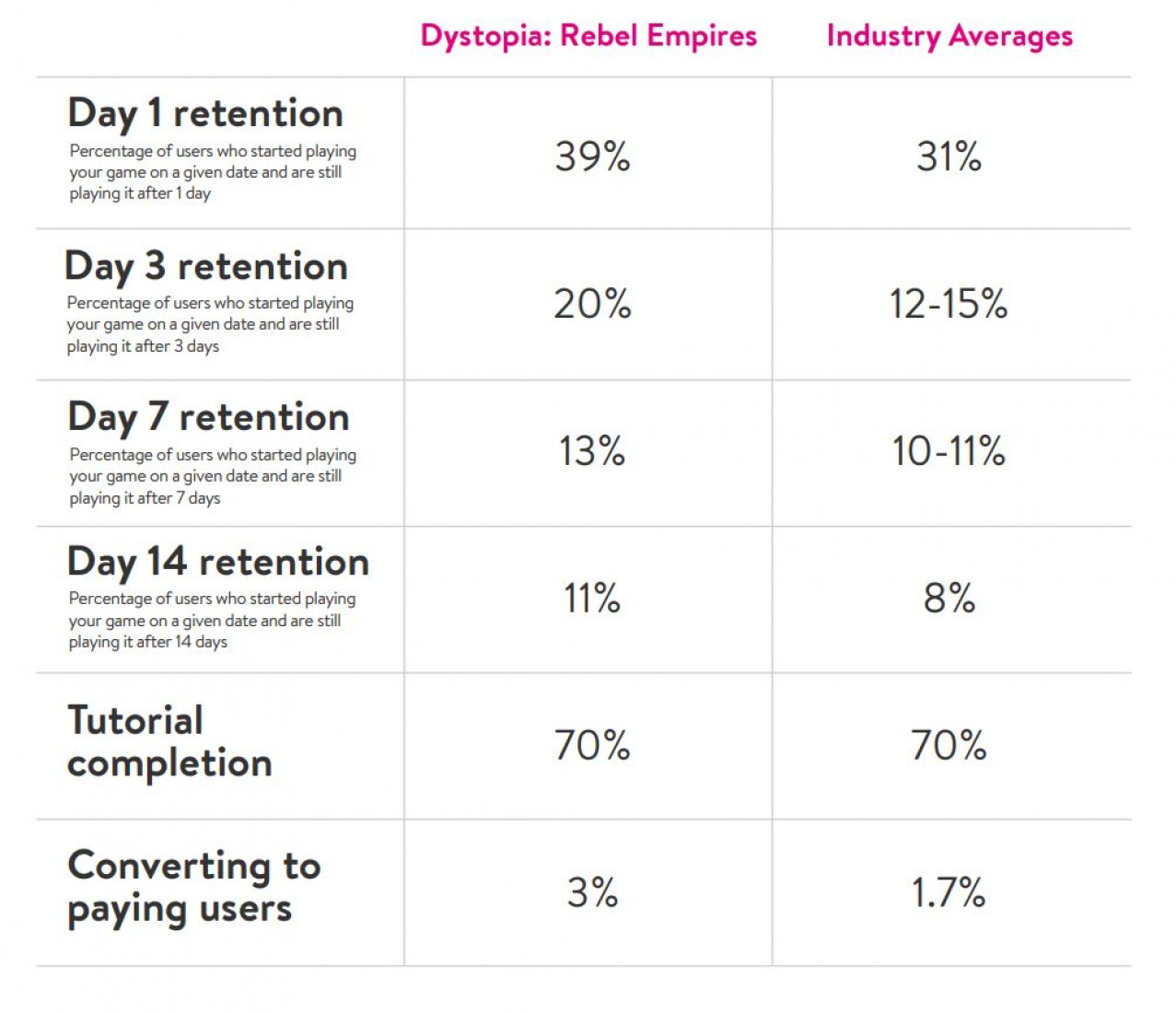 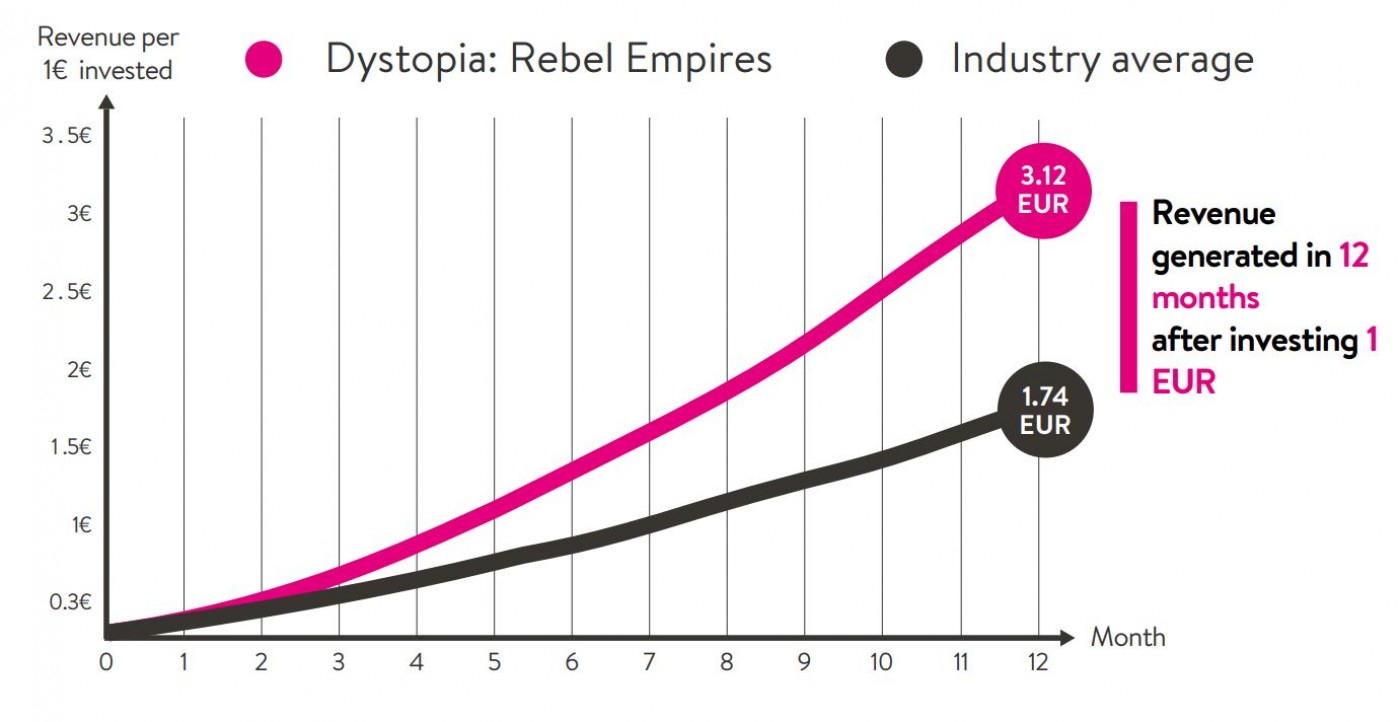