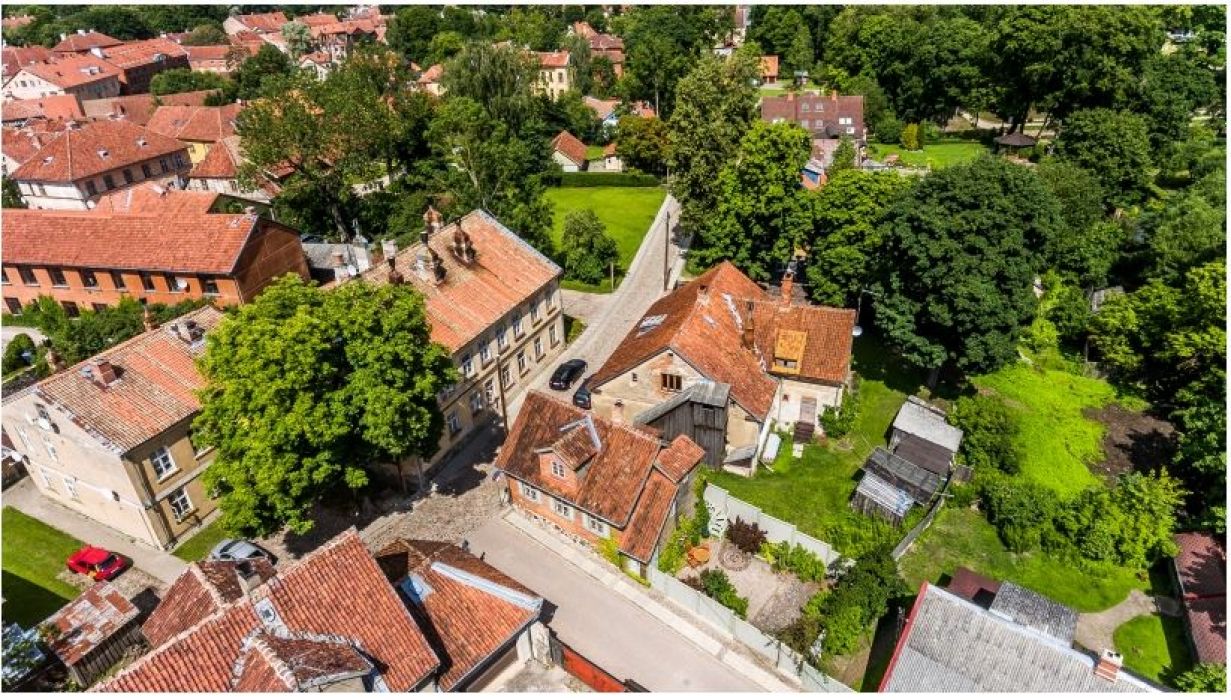 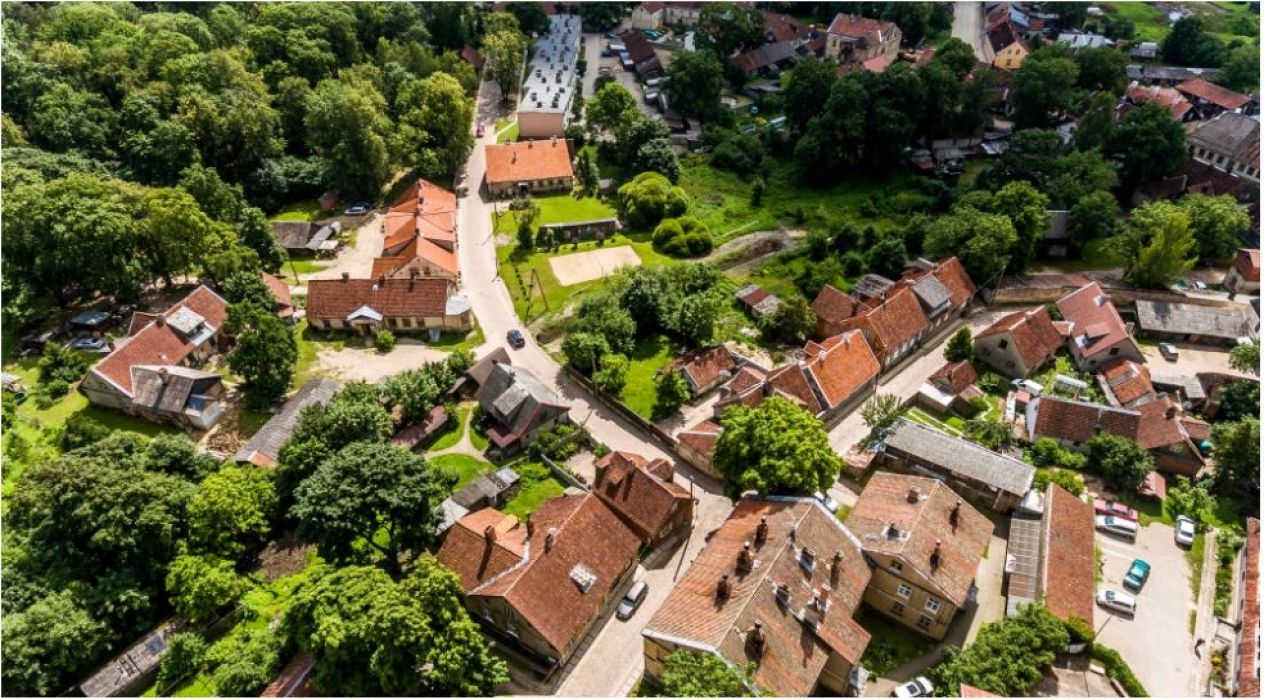 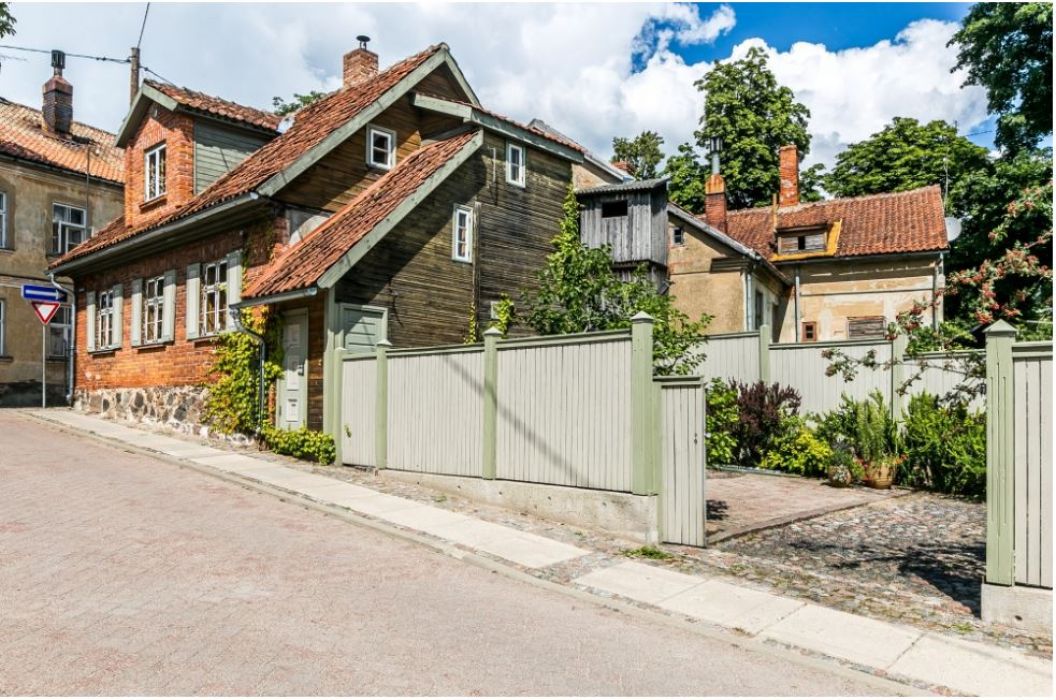 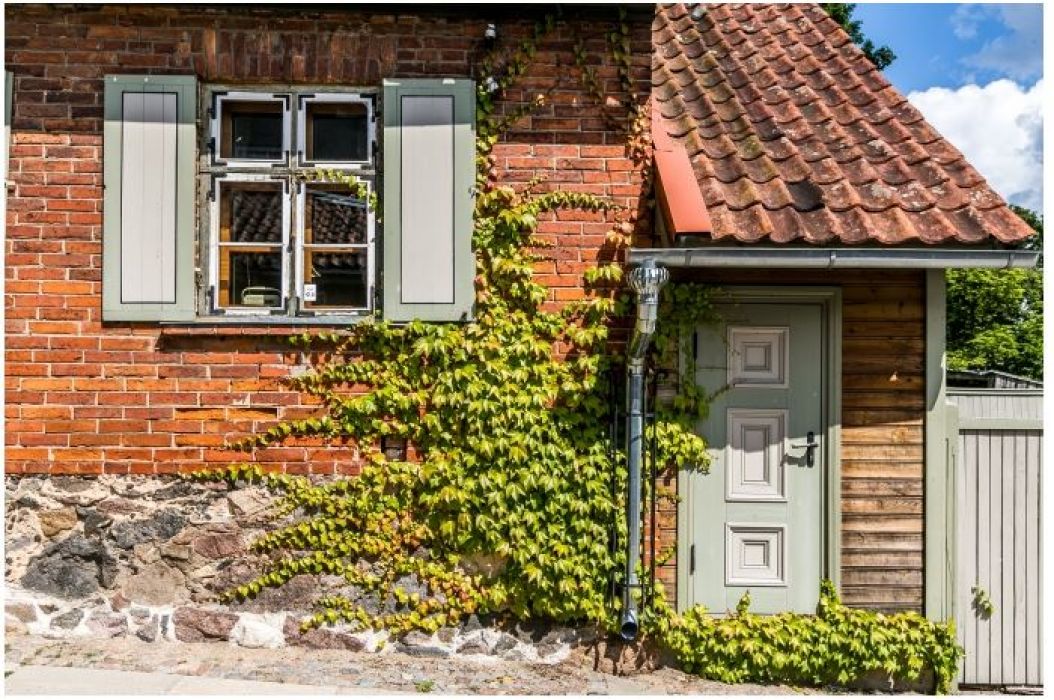 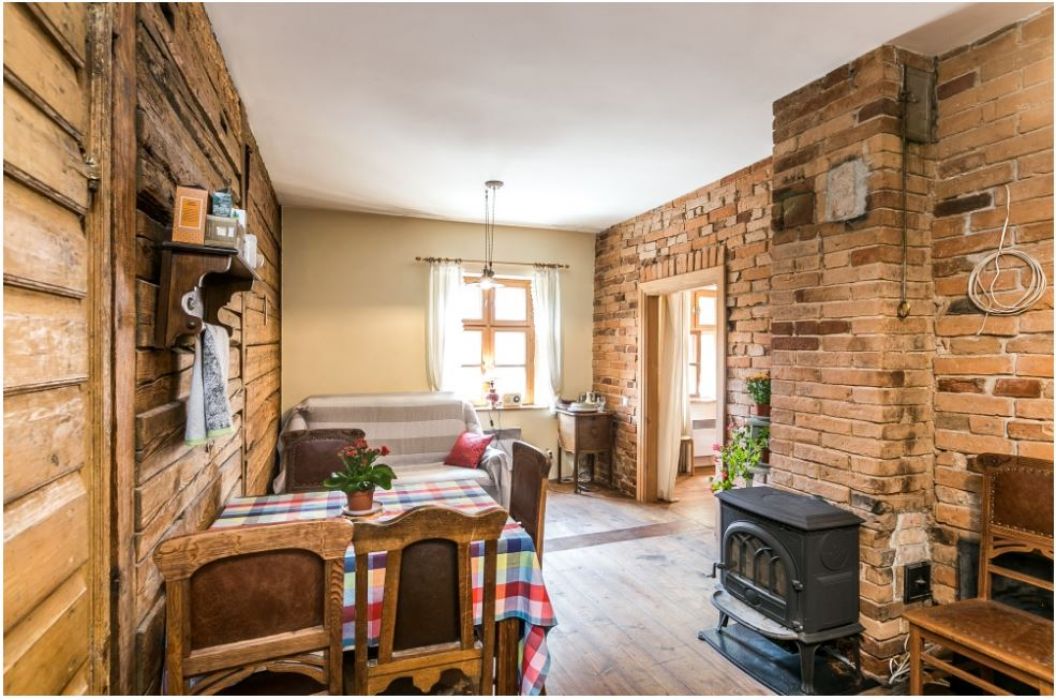 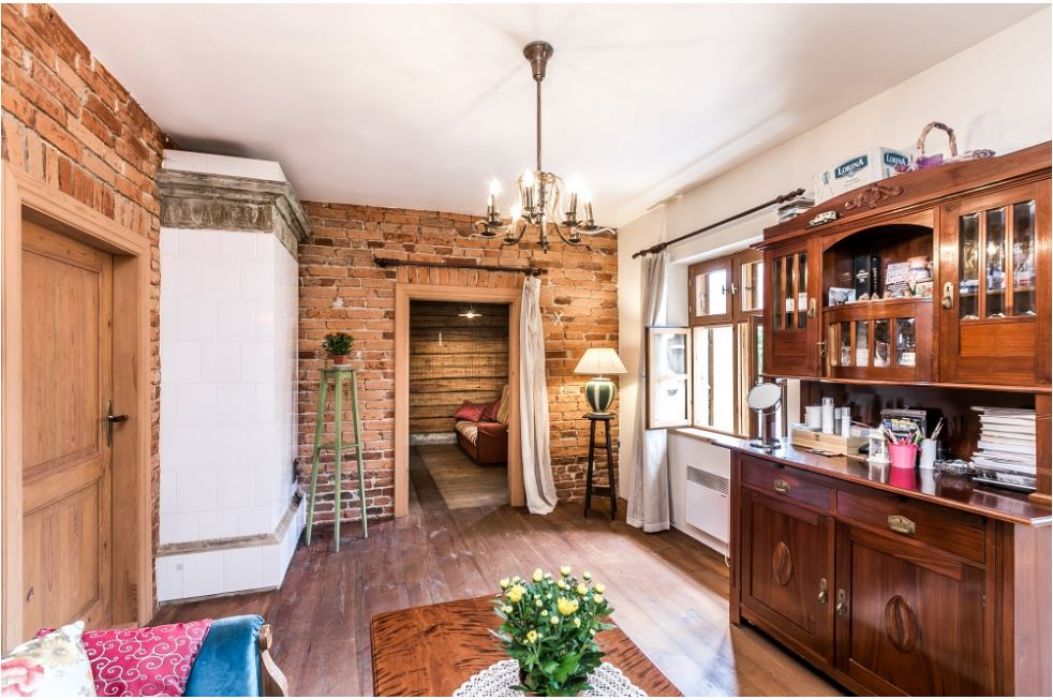 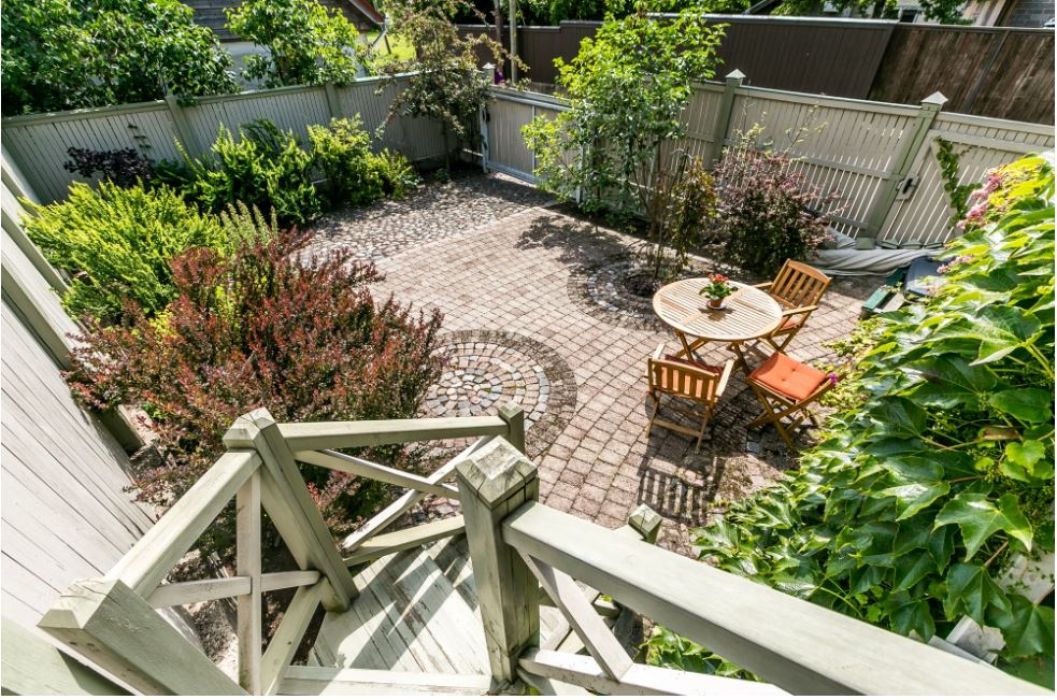 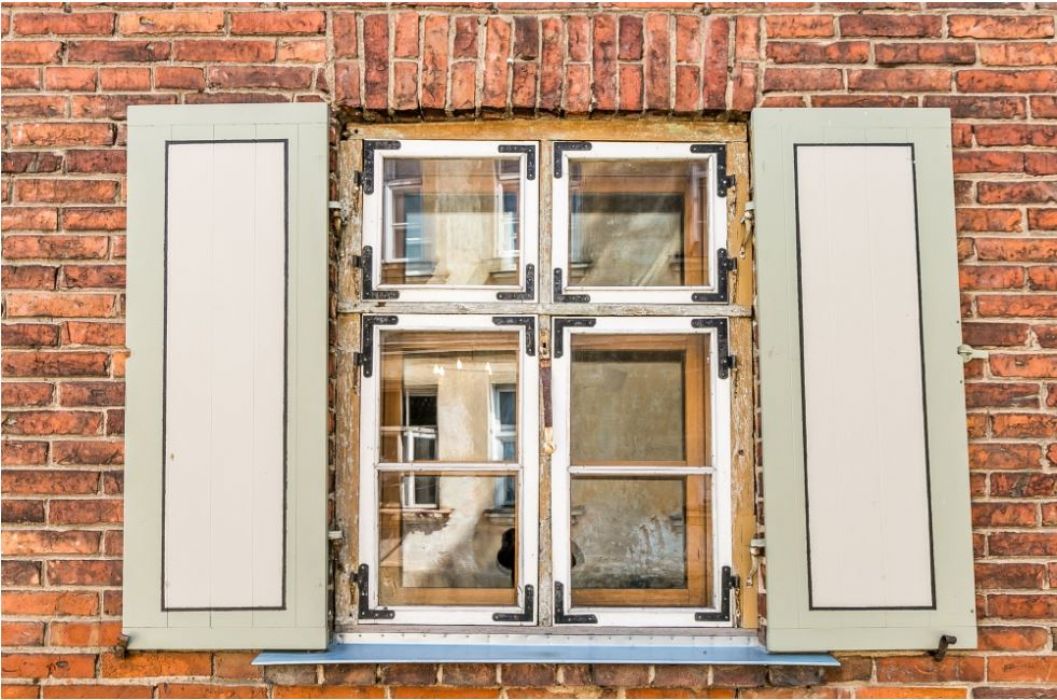 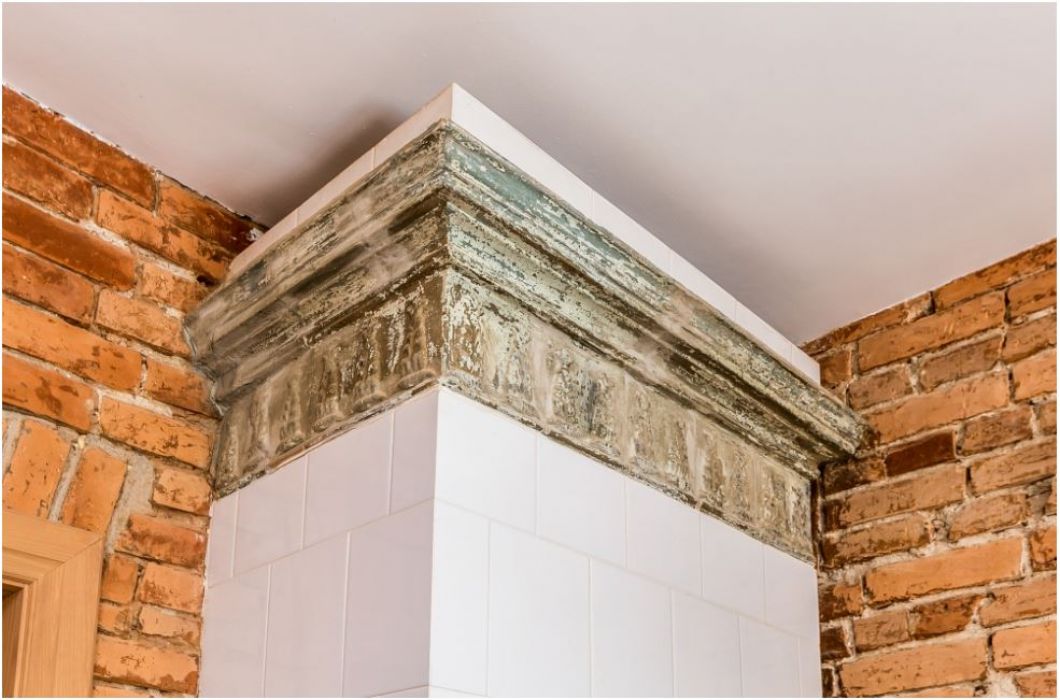 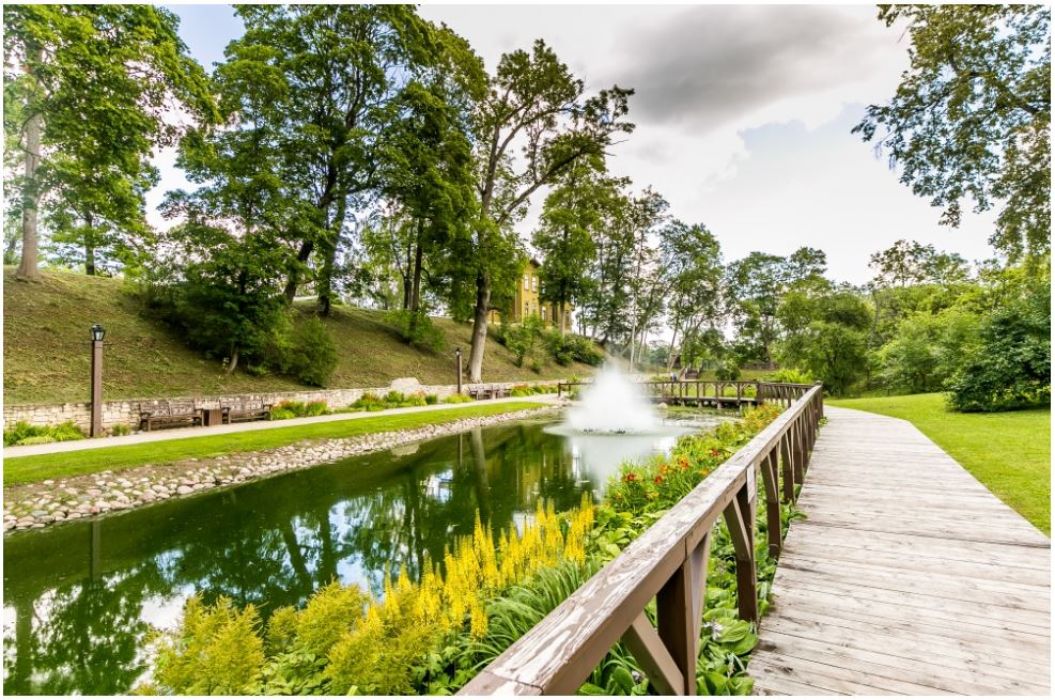 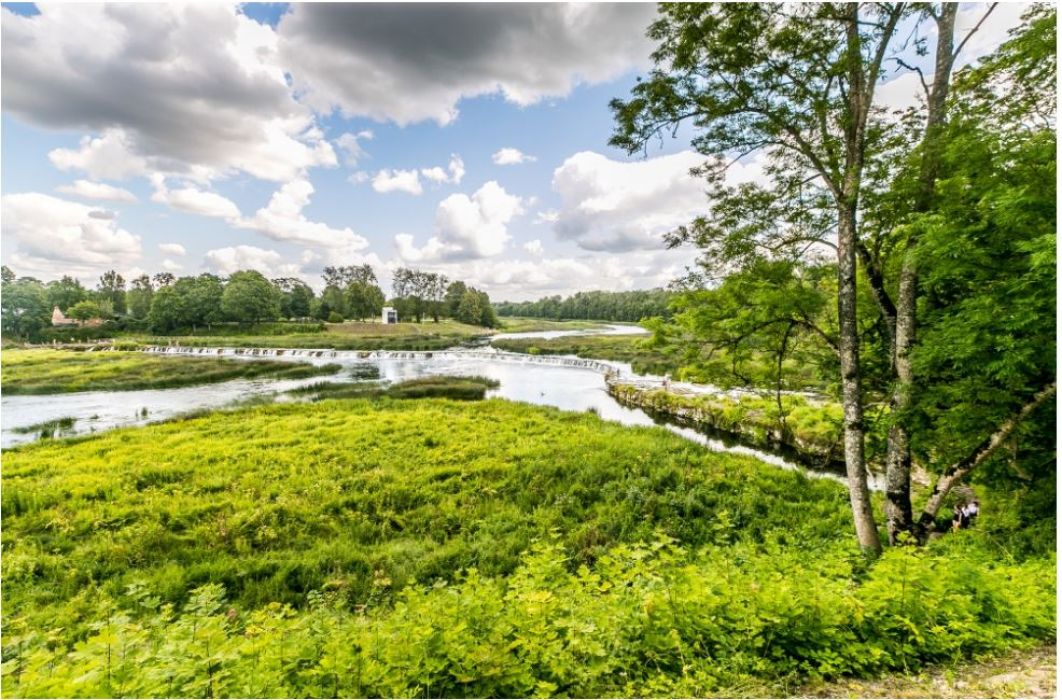 The current investment opportunity offers CROWDESTOR investors to make a loan to the developer of project House in Goldingen.

Current investment opportunity offers CROWDESTOR investors to make a loan with a 17% annual interest rate with a Loan term of 6 months.

Funds will be used to refinance the object in Rumbas street 11 which is a 2 story building located in the center of the ancient city of Kuldiga. The total area of the building is 93m3 square meters and after a little reconstruction, there will be 2 separate apartments.

CROWDESTOR loan will be repaid from the sale of the house or refinancing by a long-term bank loan.

The minimum target to be raised in the CROWDESTOR platform is EUR 10 000,00, and the target is EUR 50 000,00. The project developed by a sister company of CROWDESTOR OU – SIA CR 9, an SPV registered for a current investment opportunity.

Description of the building:

Kuldīga is an ancient town in Latvia's western region of Kurzeme with distinctive architecture. Saint Catherine is believed to be the patron saint of Kuldīga, and the oldest church of the town is named after St Catherine. The foundation of the building was laid as early as in 1252.

Possibility to live and enjoy holidays in the Switzerland of Kurzeme - next to the legend-surrounded Bangerts villa.

The pearl of Kurzeme's wooden architecture, Bangerts Villa, is proudly placed in the park of Kuldiga, opposite the Venta hub. Legend says that in 1900, at the Exhibition of World Prefabricated Wooden Houses in Paris, this building (at that moment it was an administrative building of the Russian exposition) was seen by Captain Bangerts and he decided to present it to his bride as a gift. Bangert's bride had also possibly been in Paris, and she had coveted this beautiful wooden house. The Captain then transferred the building from Paris and, according to the documents, it was known to be initially located in Liepaja. As of 1906, the building was moved to Kuldiga, where it served as the summer residence of the Bangerts family.

Since 1940, the Kuldiga Regional Museum has been located in this building. In 2014, after two years of extensive reconstruction of the premises, the museum restored unique wall paintings and other interior details and managed to restore the building's historic wall and floor paintings as well as ancient stoves. There is also an exposition - Bangerts family apartment, which allows visitors to get to know how the wealthy Kuldiga residents have lived at the beginning of the 20th century.

Kuldiga has always been able to enchant artistically and creatively - more than 30 movies have been made in the city and many painters have been inspired by the beautiful landscapes of it. In recent years, Kuldiga has been attracting more and more foreign guests and many tourists. Buildings are being renovated and guest houses, hotels, restaurants, and cafes where guests can enjoy a gourmet worthy meal, have been established. Due to its abundance of flowing waters and historical architecture, Kuldiga is included in the UNESCO national list. The city is characterized by the charm of a small medieval town, which, combined with the well-maintained urban environment, creates an atmosphere for a romantic getaway.

As the weather gets warmer, a visit to Kuldiga is unimaginable without crossing Europe's widest waterfall - Venta hub, while culture lovers will appreciate other original and elsewhere unseen events - spring flood show "Fish Fly in Kuldiga", Naked race across Venta bridge on Midsummer night and carnival in the city festival "Feast in Kuldiga", where the events last for several days, including various shows and performances both during the day and night.

At the moment, a nice, romantic, and historic house is for sale in the center of Kuldiga next to Bangert's villa. It was built in 1930 from red clay bricks, matching with a red-tiled roof. The property has been completely renovated - restored historic wooden doors, wooden windows, wooden shutters, authentic stove, wooden plank floors, and partly also walls, installed wooden stairs leading to the courtyard and wooden fence, authentic interior items, and furniture has been selected.

The property in Kuldiga is a great investment to enjoy lazy holidays and vacations in the beautiful and prosperous Switzerland of Kurzeme, as well as to build a business by renting out a dream house for city guests and tourists. Becoming a landlord in this thriving city, it is an opportunity to live next to the legends and romantic stories surrounded by Bangert's villa, which can be called the pearl of Kurzeme wooden architecture.

Year 1242. The first mentioning of Kuldīga in a written form.

Year 1355. The town gets its coat of arms depicting Saint Catherine. The image hasn’t been altered since.

Year 1368. The first mentioning of Kuldīga was as a participant of the Hanseatic League. Through Hansaetic routes, Kuldīga exports eels, lamprey, salmon, and other fish caught in the Venta river, and trades crop, leather, linen, and timber.

Year 1596. Kuldīga becomes one of the main residencies of the duke of Courland (Kurzeme). From 1596 to 1616 it is the capital of Courland.

Year 1610. Jacob Kettler (better known as Duke Jacob) is born in Kuldīga. Under his rule, the Duchy of Courland was brought to its greatest peak in wealth and even engaged in colonization. Remembered as a fair ruler who also knew Latvian and was well-disposed towards the local peasants.

Year 1615. The old brick bridge across Venta river is being destroyed by flood and an unfortunate fire causes a great deal of damage to city’s wooden structures. A special fishing method called “tači” is being installed on the Ventas Rumba waterfall, catching up to 100 salmon fish per day that would, later on, be transported to Jelgava to be used in the court of Duke Jacob. The method was used until 1930’s when it was banned.

Year 1750. The Kuldīga castle is being demolished and the materials from its ruins are used to build new houses for the local inhabitants.

Year 1874. The famous Kuldīga brick bridge is built. To this day it’s the third-longest bridge in Europe!

Year 1878. Matchstick factory ‘‘Vulkāns’’ is being established. At this point, many small industrial enterprises are being established, and some of them would grow to employ more than 100 people. Kuldīga is producing goods of great diversity: needles, cigars, soap, vodka, liqueur, and even mineral water.

Year 1980. Hansa City Union is being reestablished, called the Hanseatic League of New Time (also known as the New Hansa). Kuldīga is a regular participant of the Hansa Days of New Time – an annual international festival of its member cities – since 1994.

Year 2008. The old town of Kuldīga receives the European Heritage Label as one of the most unique 17th - 18th-century wooden architecture ensembles in Latvia.

Year 2009/2010. The old red brick bridge over the Venta river is being renovated.