This is one of the projects whose goal is to get funds for Latvian National school song and dance festival 2020.

The Latvian Song and Dance Festival (Latvian: Vispārējie latviešu Dziesmu un Deju svētki) is one of the largest amateur choral and dancing events in the world and an important event in Latvian culture and social life. As one of the Baltic song festivals, it is also a part of the UNESCO Masterpieces of the Oral and Intangible Heritage of Humanity list since 2008.

The All-Latvian Song Festival has been held since 1873, normally every five years, with the Latvian Dance Festival component added in 1948. During the festivals exhibitions of photography, art and folk craft, orchestra concerts, and a festive parade also take place. Events and competitions leading up to the event occur throughout the period between festivals. Additional festivals were held in 2001 and 2011, both on major anniversaries of the founding of Riga.

Approximately 40,000-50,000 performers altogether participate in the event. Folk songs and classical choir songs are sung, with emphasis on a cappella singing, though modern popular songs have recently been incorporated into the repertoire as well.

This particular project is for caps and bags for this legendary event.

Loan repayment: In full at the end of the Loan Term

Security: The loan is secured by a guarantee of the borrower company and private guarantee by shareholder of the Company 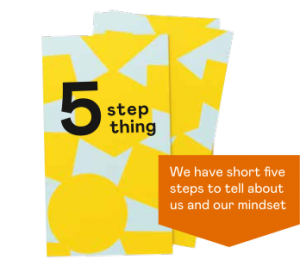 A Completely New Production Service Tipoff works with best production houses which allows us to make any products you desire and for you to receive flawless client service.
1. Truly every product Do you want to make a custom airplane, boxing gloves, or simple business cards? We do all of it, quickly, internationally and with great client service.
2. We like custom We totally get that what you need might not be something that’s easily done. Not only do we not shy away from challenges; we embrace them!
3. Zero hustle Believe us, we know how challenging working with producers can be, not to speak of working with several of them at once. That’s exactly why we provide our service and you can sit back and relax or do the global work.
4. Time While we do the work on the specifica- tions, check the samples or experiment for your needs you can do other things. We are all about you time saving.
5. No borders We have partners and clients mainly in Europe but now days everything is closer. We now have partnered with Canadians, Belarusians and even have few things going with Chinese friends. Digital age. All can be done. So – we are available everywhere. 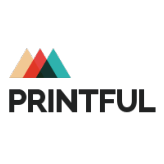 Printful is an on-demand order fulfillment and warehousing service that fulfills and ships products including clothing, accessories, and home & living items for online businesses. €14.7M - invested in printing equipment 600+ - person team across the USA and Europe €280M+ - sold by customers through Printful 8.14M - fulfilled orders to date

Printify is a transparent print on demand network to help merchants make more money in a simple and easy way. Latvian based company which works more digital and on the end customer.

Leader in the production of visual advertising print products in the Baltic States. Our business is based on quality and environ- mental management and social responsibility standards. More then 12 mio turnover. Our direct competitor but partner. 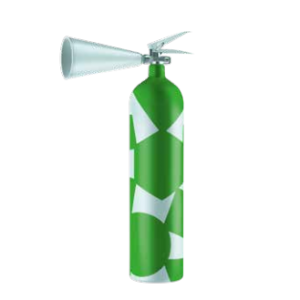 PMTM (http://www.pmtm.lv)
They offer high-quality UV printing, large format printing and advertising production services in local, Baltic and other export markets since year 2007! At the moment, they are the most technologically advanced UV printing service provider in Latvia and even in the Baltics.

Flexpro UAB (http://www.flexpro.lt/)
Leader in the production of visual advertising print products in the Baltic States. Our business is based on quality and environ- mental management and social responsibility standards. More then 12 mio turnover.

YES WE CAN (https://www.yeswecan.lv/lv/)
The company “Yes, we can!”, are the factory of standard and non-standard advertisement projects and solutions. Advertising for them does not mean boring notification box in the printed press. They are living with confidence that advertisement truly works via different solutions: environmental objects, light boxes, TV studio design and interior, large-format billboards, decora- tions and interiors in the events and buildings. They can print on cars and we can print on buildings – whenever you are willing to do it. They can create art objects that tell functional stories.
RA Group (https://www.ragroup.lv/) RA RECLAME FABRIEK Company is a international sign manu- facturer, sign service and sign installation specialist with a modern, well-equipped 2,000 square meters facility in Latvia, EU. They produce 3D LED letters and other types of signage. B2B & B2C signmaking and direct delivery to any EU region. and ASIA.

RJMF  (https://riga-jurmala.com/about-festival/) In summer 2019, a new world-class symphonic orchestra festival, RĪGA JŪRMALA, took place in Latvia, during which world-famous orchestras and conductors such as the Bavarian Radio Symphony Orchestra and Mariss Jansons, the Israel Philhar- monic Orchestra and Zubin Mehta, the London Symphony Orchestra and Gianandrea Noseda, and the Russian National Orchestra and Mikhail Pletnev, as well as many other excellent soloists, performed in Latvia. The festival also plans on these orches- tras returning next year and make even some loud additions.

HILTI (hilti.lv) Hilti develops new technologies, software and services for the professional construction industry. They are a global corporation with offices in more than 120 countries worldwide. Our company has more than 23000 employees.

The Freeport of Riga rop.lv The Freeport of Riga is a significant part of global and regional cargo supply chains and passenger traffic network in the Baltic Sea region, providing safe and reliable services. An integral part of the city, the Port recognises its social and environmen- tal responsibilities and makes a strong contribution to the growth of Latvias economy. One of the biggest ports In the Baltic Sea reagion.

JSPA (http://jaunatne.gov.lv) Agency for International Programs for Youth is subordinated to the Minister of Ministry of Educa- tion and Science of the Republic of Latvia. The objective of the Agency is to promote youth volun- tary service, activities and mobility (e.g. with EU, Eastern Partnership, MEDA countries, etc.). The Agency implements non-formal learning and infor- mation programmes and projects targeted at youth and those working with youth, and supports the link between non-formal learning and lifelong education.

Latvijas Mediji (latvijasmedji.lv)
Latvijas Mediji is one of the biggest publishing houses in Latvia with an impressive range of prod- ucts, including the biggest Latvian language daily newspaper Latvijas Avīze, several popular maga- zines, websites, books and other publications. The publishing company was founded back in 1988 under the name of Lauku Avīze (Country Newspaper), which was also the name of the daily newspaper.