Renovation of dwelling house in the heart of Riga
100% Financiado

Current investment opportunity offers CROWDESTOR investors to make a secured loan to Developer of project Dzirnavu Apartments. The facility is located 7 minutes walking from the Old Town of Riga, in neighborhood called Moscow’s forshstate which is great for Airbnb tourists and locals, because of its great location right in the centre of the city, in the Riverside of Daugava with access to public transport.
Following the increasing demand for small apartments, the Project mainly consists from apartments in a range from 25m2 to 45 m2. Total number of apartments in the Project is 26.
Current investment opportunity offers CROWDESTOR investors to make a loan with 21,00% annual interest rate.
Minimum target to be raised in CROWDESTOR platform is EUR 500 000,00 and the maximum target is EUR 730 000.00.
Project is managed and owned by sister company of CROWDESTOR OU – SIA CR 3, an SPV registered for investment management.

The neighborhood is located on the right coast of Riga and borders with Daugava coast, the Southern Bridge, the Railway along Satekles and Lomonosov Street and old city Riga. In general, there is a wide range of small shops, cafes, children's square as well. as a place for various entertainment and recreational events (summer concerts, cinema evenings, flea market). Recently, the waterfront promenade has been restored, and there are cycling sites near the river of Daugava. 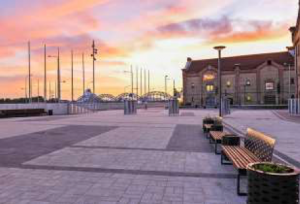 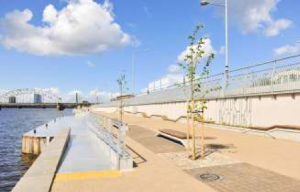 There are more important constructions on Moscow’s forshstate like central market and the bus terminal. The site is located close to the central part of the city of Riga - at the beginning of Moscow’s. forshstate. The parcel is located in a block between the streets of Dzirnavu, Moscow, Jesus church and Ellie streets. The quality of the surrounding building is varied: the residential buildings of small-scale wood structures with partial amenities, built at the end of the 19th century and at the beginning of the 20th century, intersected with the 4-5-story walled dwellings built at the beginning of the 20th century. Building and neighborhood cleaning work in this part of the city is gradually being carried out, but still a large majority of buildings are physically out of date with a level of comfort that does not meet today's requirements. A building – Dzirnavu Street 140, which is scheduled to be put into service in October 2019, is located in the immediate vicinity of the site under assessment. The premises are offered to offices, catering company, medical services, training center, fitness club etc. Just recently, the Baltic Investment Group has purchased former horse tram depo buildings located in Riga, Dzirnavu Street 128. The rooms have been abandoned and dilapidated. The developer plans to build an office and commercial premises in the buildings, as well as to set up a café. On the second floor, where the offices are located, a closed gallery will be constructed to connect the two bodies. The reconstruction project is currently at the conciliation stage. Scandinavian real estate developer Bonava Latvija has started construction of the “Coast Quarter” on Moscow Street 192, near the historic Shore block, next to the recreation center “LIDO”. Six new residential houses are planned to be built by 2022, which will create homes for more than 1,200 people. This is the first big new project in this neighborhood, and it is likely that other developers will follow and start looking at the neighborhood from other perspective. 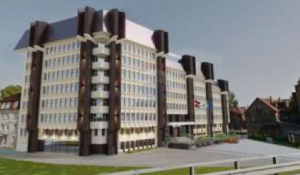 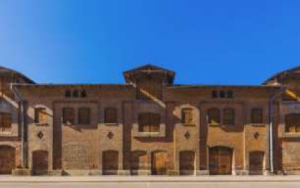 The surroundings are relatively thinly greened, the nearest park – the Quiet and Peace Gardens – are located about 1.2 km from the site, or 15-minute walks. Most local infrastructure building sites are also located in the Moscow forshtate section – Latgale suburb Executive Directorate, medical and educational institutions, Transport and Communications Institute, LU Faculty of Social Sciences.
The site is located near Dzirnavu Street, near Moscow Street. In conclusion the location of the valuated facility is close to the central part of Riga which is considered to be good but given the current low prestige of Moscow's forshtate in the real estate market, the area is not popular yet among potential buyers.

Characteristics of the market situation