After publishing the game on app stores globally and UFC start Conor McGregor announcing his partnership with the game on his social media channels - Dystopia: Contest of Heroes has already acquired 400 000+ installs.

Early monetization and retention metrics show that the game performance is among TOP20% of best-performing strategy genre games, and user acquisition can be scaled starting from Q1, 2020.

CROWDERSTOR has access to all Beetroot Lab LLC mobile app stores to follow the number of downloads and revenue generated by the game. CROWDESTOR will share this information with investors on a regular basis - every 2 weeks.

Loan term - 6 months. Interest rate - 34% per year. The principal is paid at the end of the Loan term, interest payments are paid monthly.

PAST AND FUTURE INVESTMENT 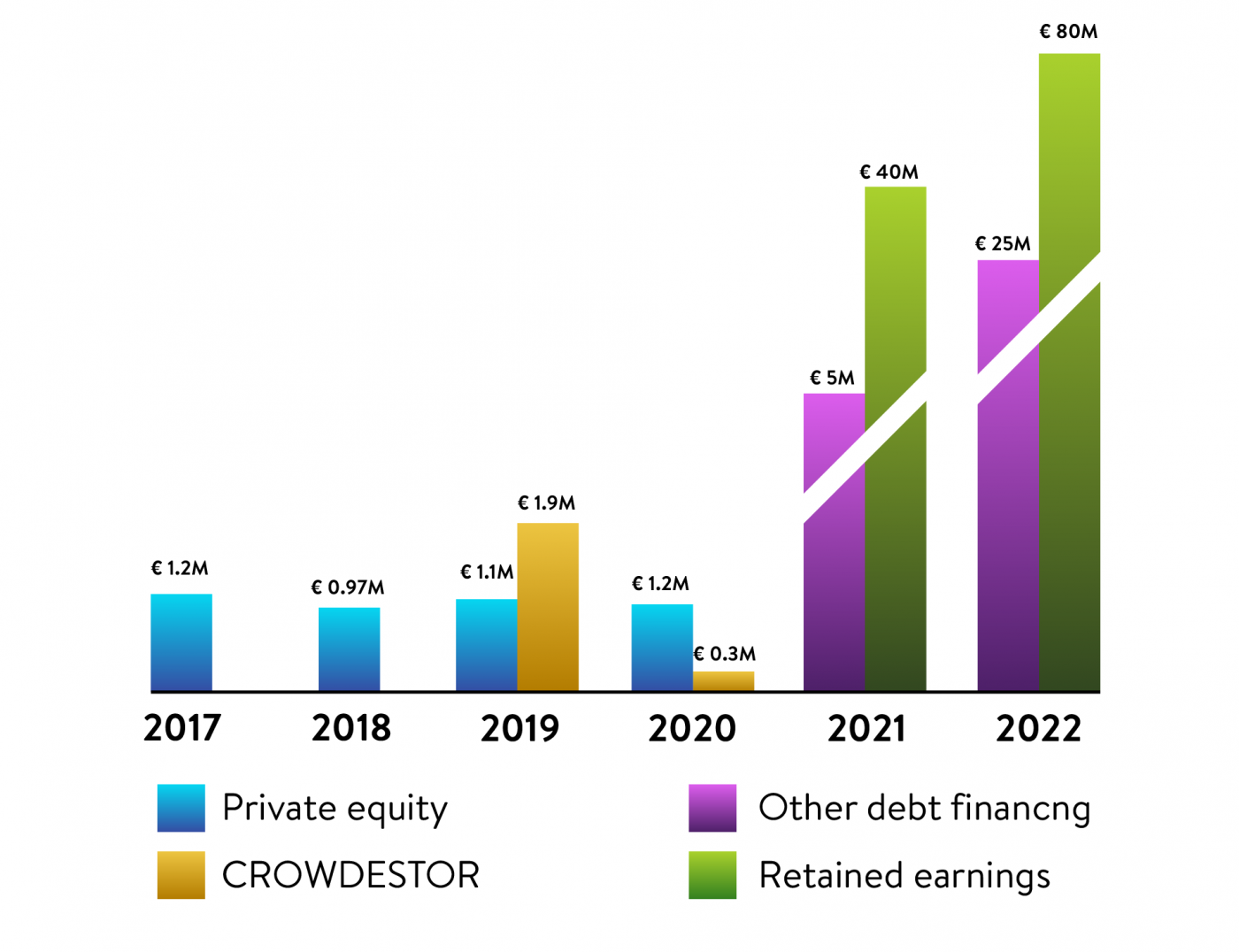 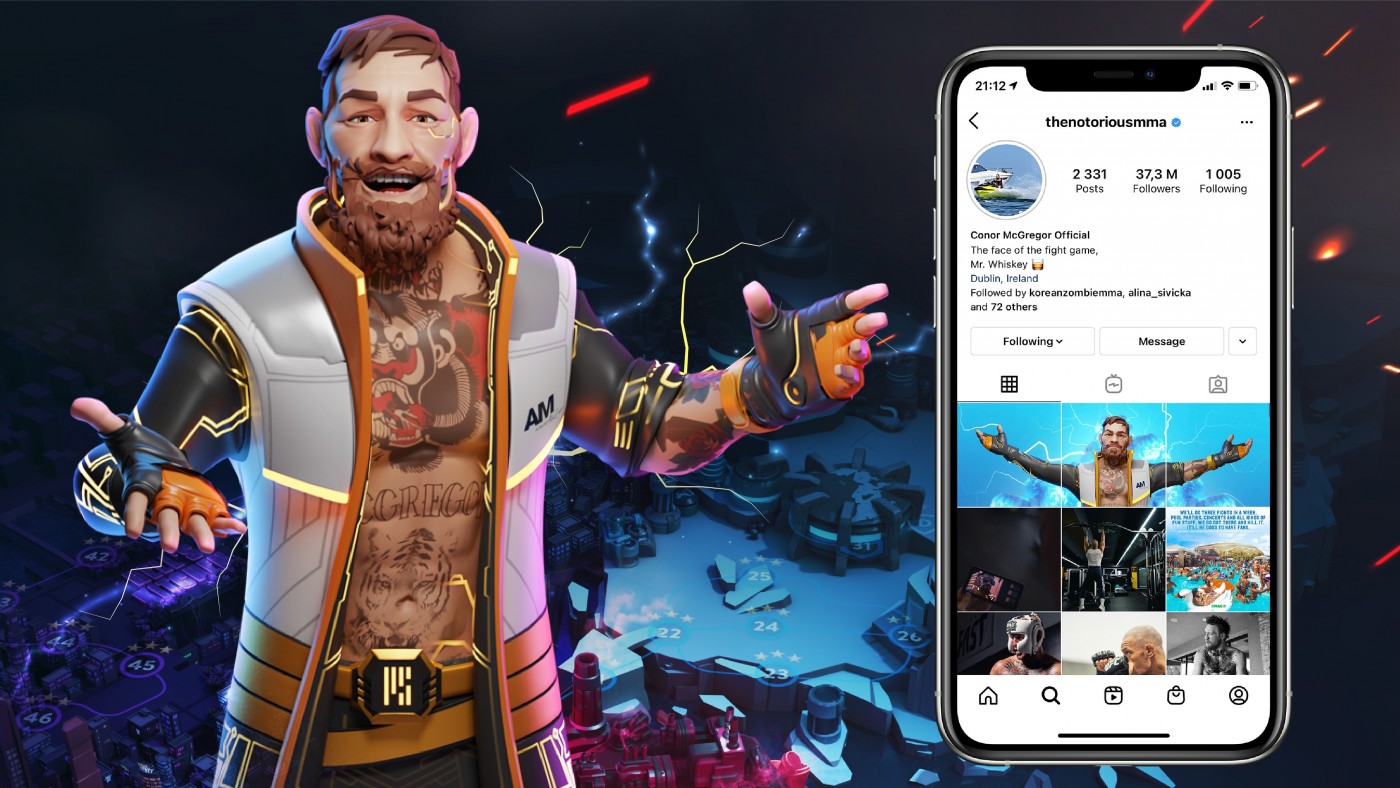 User acquisition for mobile games is a big part of marketing strategy, used to attract consumers to download and interact with a mobile game. It's extremely important for app growth nowadays and is an ongoing process with the main objective of long-term profitability.

After acquiring a user - each user's life-cycle (life-time) in the game is 180 days. We see more than 5% of the players converting to paying users (making the first purchase) already on the first day of playing the game, which is a very great benchmark in the strategy game genre.

All the revenue generated by the players in the game is available for withdrawal from app stores only after being hold for 45-60 days. To scale the game faster, by acquiring more users and generating higher revenue - it’s mandatory to re-invest the revenue in user acquisition once again right after the revenue is generated, and this is impossible without financing partners.

In the illustration below, you can see the full flow of funds used for user acquisition.

The purple line - investment in the User Acquisition where the user is being acquired by one of the paid user acquisition channels Facebook Ads, Google Ads, IronSource, Unity Ads, AdColony, Lifto, or organically (free).
The blue line - acquired users are generating revenue in the game over the life-cycle of 1+ years. 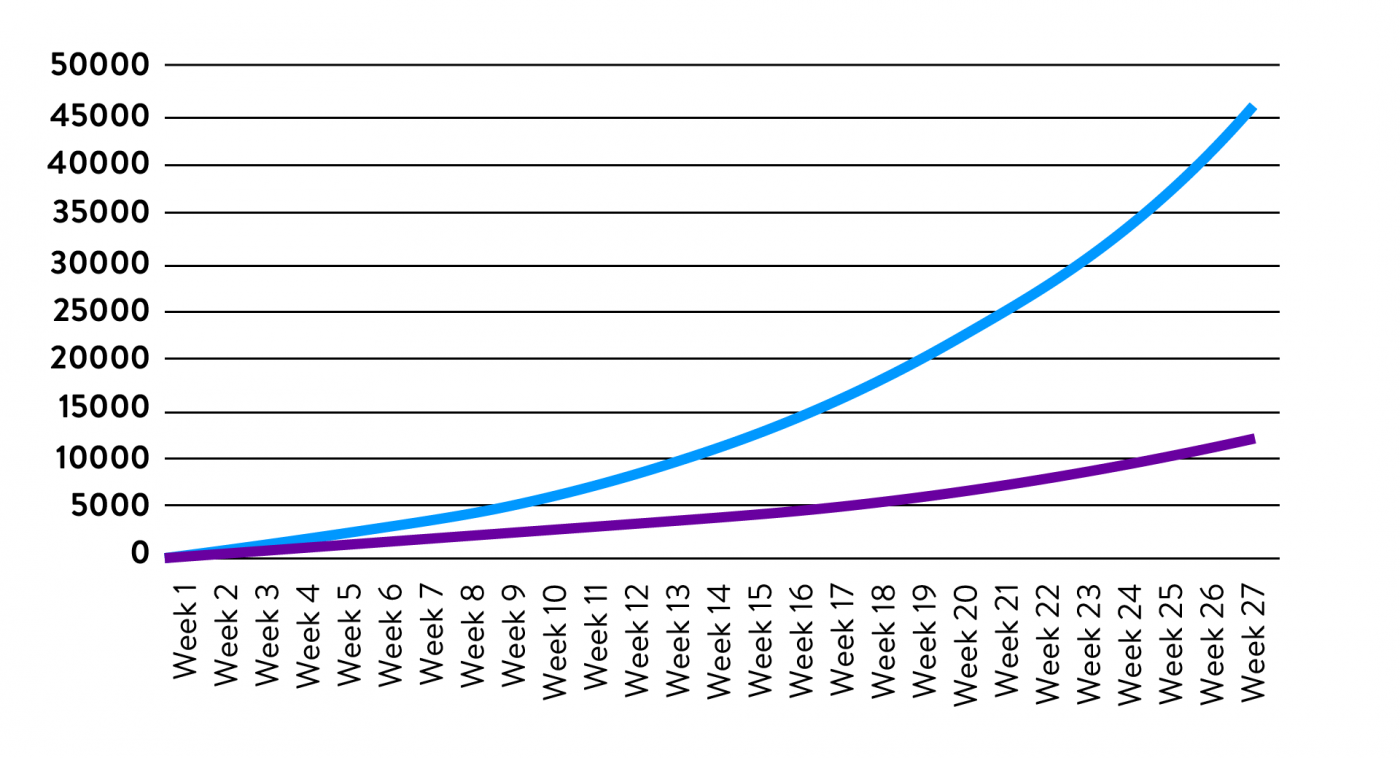 CROWDERSTOR has access to all Beetroot Lab LLC mobile app stores to follow the number of downloads and revenue generated by the game. CROWDESTOR will share this information with investors on a regular basis - every 2 weeks.

Dystopia: Contest of Heroes (formerly Maa Stars), after 2+ years of development, have been successful released globally on 4 app stores in more than 160 markets.

After making the game available on stores globally and being translated into more than 20 languages - the game has received acknowledgment for its high quality and great soft launch phase metrics by being featured on premium placements on Apple App Store, Google Play Store, Samsung Galaxy Store, and Huawei App Gallery.

After publishing the game on app stores globally and UFC star Conor McGregor announcing his partnership with the game on his social media channels - Dystopia: Contest of Heroes has generated already 400 000+ installs.

Dystopia: Contest of Heroes only two months after published globally - was ranked as the Best Strategy Game in the Huawei AppGallery Europe Editors’ Choice Game Awards 2020.

Early monetization and retention metrics show that the game performance is among TOP20% best performing strategy genre games, and the projected Life-Time-Value (LTV) of the average user is 50% higher than expected, meaning that from 1 acquired users, the game will generate 50% more revenue. 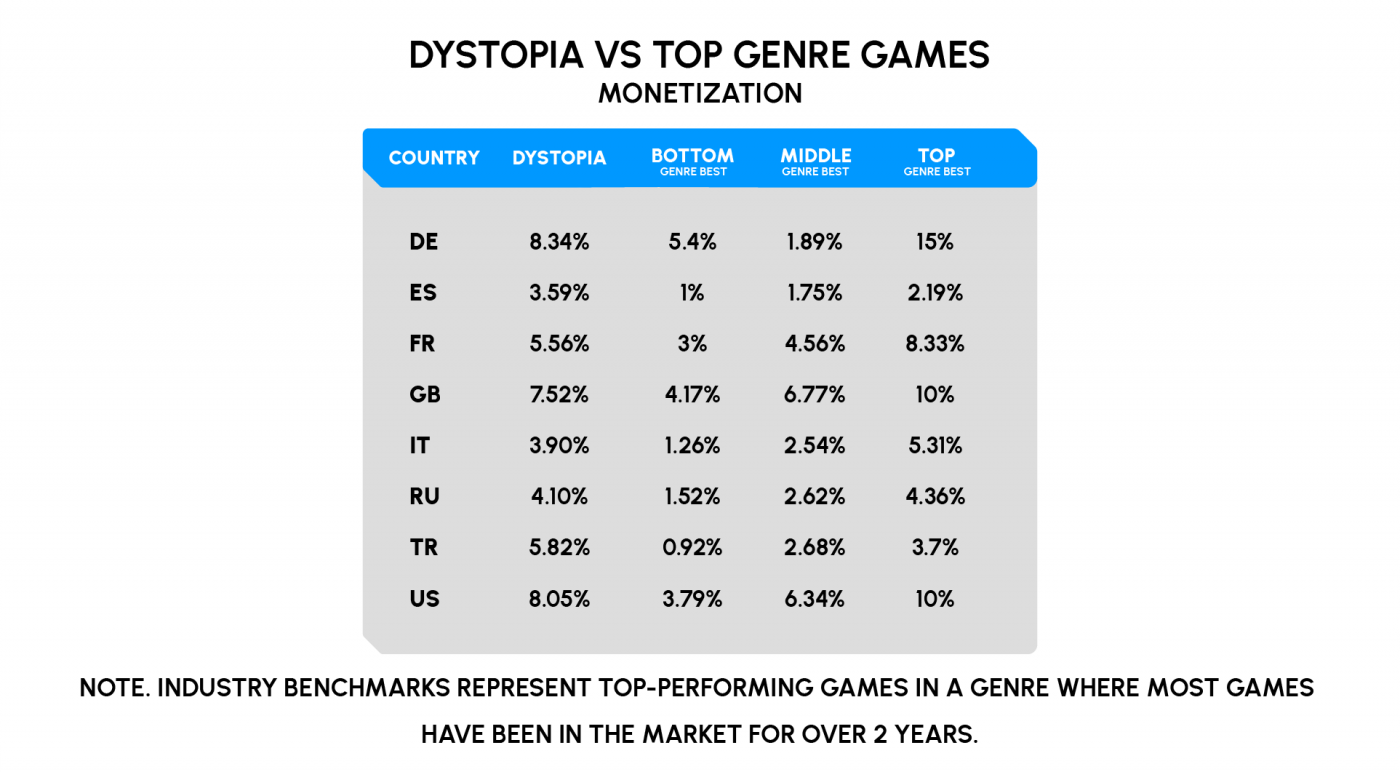 After high demand from our players and celebrity himself, he has decided to implement Conor McGregor as a narrative character and in-game host of the world's biggest mobile tournament and as a playable character in the game, which will increase the game engagement metrics even more.

Implementing Conor as a playable character will increase our UA ad performance and generate more media attention, which will decrease or cost per one acquired user even more in the long run.

Daily single and duo tournaments will let players win epic in-game prizes, while weekly, monthly tournaments will serve as qualification for the yearly tournament with unforgettable real-life prizes, including signed merchandise, meeting with Conor McGregor, and prizes worth tens and hundreds of thousands of dollars including brand new Lamborghini and much more. 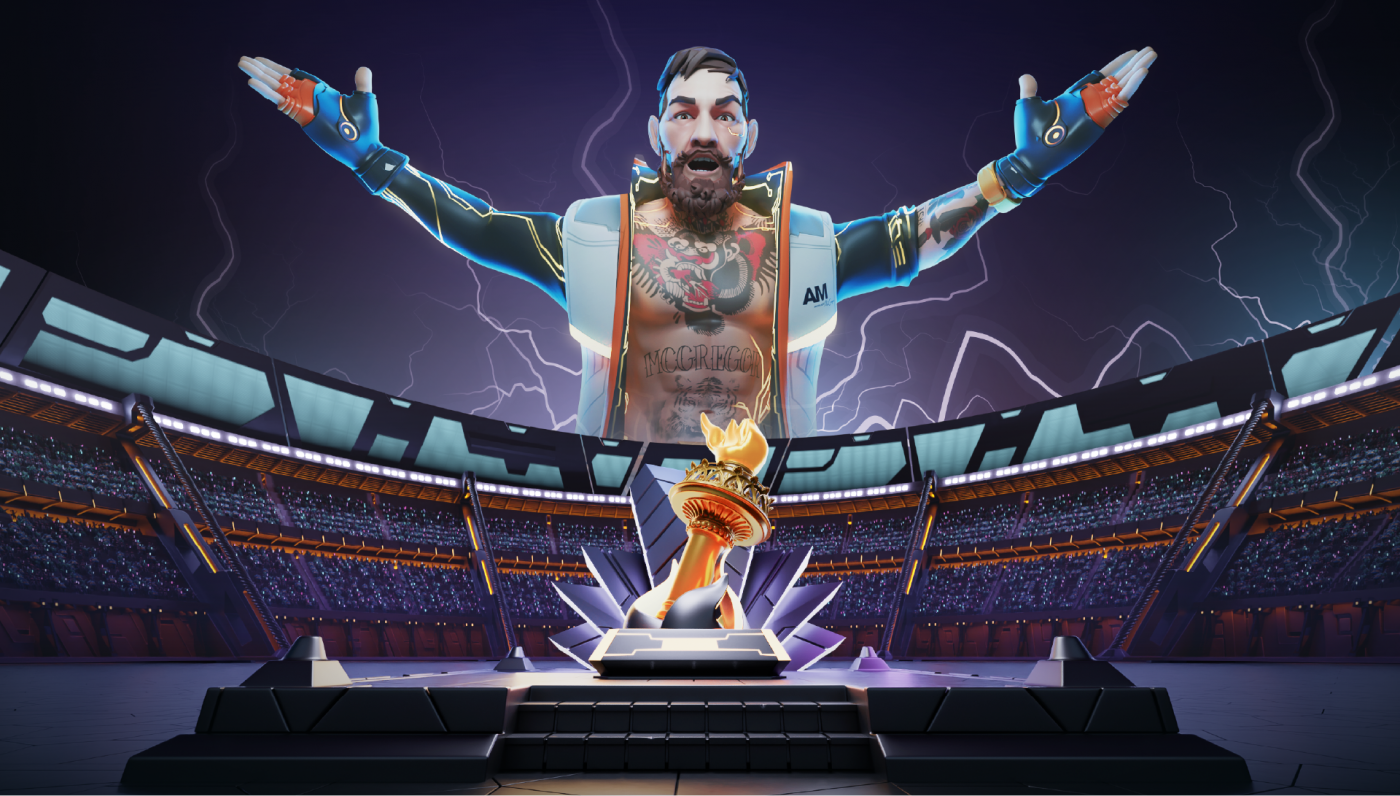